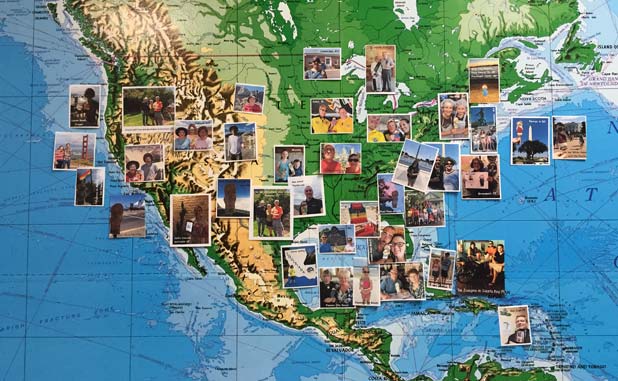 The Flat Jesus project at First Presbyterian Church in Peachtree City was a huge success this summer.

The project was based on the original Flat Stanley character created by Jeff Brown. In Brown’s book, Stanley awoke one morning to find that a bulletin board had fallen on him during the night and he was only half an inch thick.

Despite the ability to be rolled like a newspaper and flown like a kite, Stanley was able to perform all kinds of courageous acts and became a hero.

From this idea grew the Flat Jesus project. The intent was for children to take Flat Jesus with them as they traveled this summer, take a picture, and share with the congregation.

“It was a reminder that Jesus was with them always, no matter where they were or what they were  doing,” a church spokesperson said. “The children colored and cut out the picture of Jesus, then took him on their travels.”

Soon the adults wanted to get involved also, so they took Flat Jesus with them as they traveled. Photos of the project were sent back to church and shown on the projections each Sunday, displayed on Facebook, and charted on the map at the Welcome Center.

Flat Jesus was spotted all across the United States, Jamaica, and even in Europe.  He visited Montreat, N.C. with members who attended the Montreat Worship and Music Conference; Hershey, Pa. at chocolate world; Amish country; the Golden Gate Bridge and Redwood State Park in California; the top of Mt. Whitney; and Leon, France.

Children took Him to McDonalds, to the beach, and to the Fourth of July parade in Peachtree City.

“It was  a wonderful way to show our faith and keep in touch with each other in our travels,” the church spokesperson said.

For more information about the  project, including more photos, check out the website at www.firstpresptc.org.

(Above) A map of Flat Jesus sightings was kept in the church Welcome Center and locations were announced at services each week. Photo/Special. 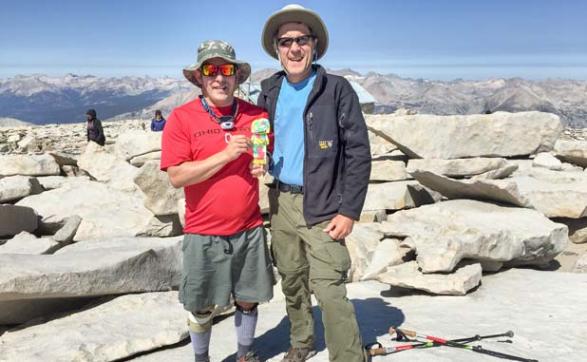 Steve Crowe and Dave Olson took Flat Jesus to the top of Mt Whitney in California, 14495 ft., the highest peak in the lower 48 states. Photo/Special. 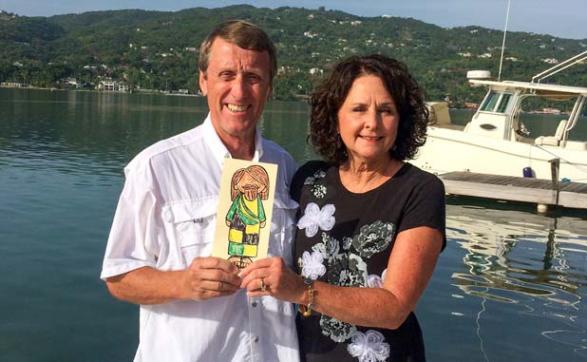 Fred and Carol Bryant took Flat Jesus to Montego Bay, Jamaica. Travels were logged and posted on a map back at the church. Photo/Special.