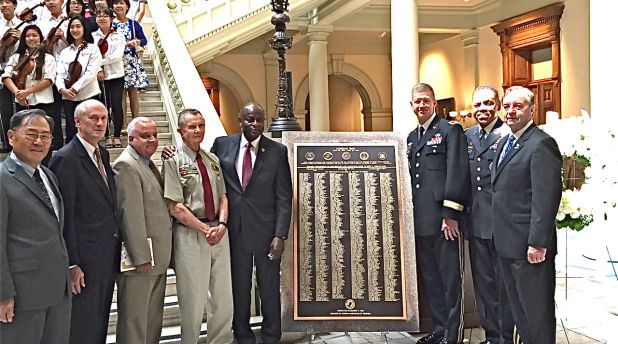 The America-Korea Friendship Society hosted a commemorative observance July 27 at the Rotunda in the Georgia State Capitol. It was the 62nd anniversary of the armistice of the Korean War.

The ceremony was to remember the 740 Georgians killed in the Korean War, and to honor all Korean War Veterans who reside in Georgia. Wreaths were laid by fellow Korean War Veterans, Korean Government officials, Korean-American Association of Greater Atlanta members, and the Atlanta Rotary Club.