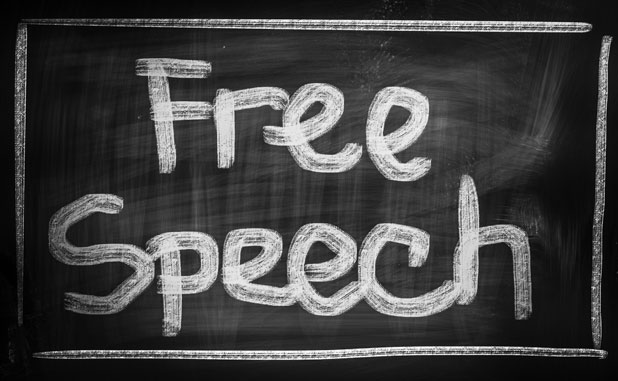 OPINIONS — Below is a sampling of contributed comments by our readers to stories that appeared in The Citizen. Note that ALL are opinions from our readers, which represent only their opinions, and not necessarily the opinion of The Citizen.

From My.02 — Features of today’s government schools that students might miss if given financial freedom to choose:

Instruction on who is a victim, and who the victimizers are in our society.

Biological males on girls’ sports teams, in their bathrooms and their locker rooms.

Several times the number of administrators that were “needed” when we went to school.

Reliable gendering of your student, regardless of whether you know about it or not.

Not demanding, recognizing or celebrating achievement in the name of equity.

Teachers who are not supported in maintaining classroom discipline.

Libraries that have been relieved of copies of Dr Suess, but feature “They She He Me: Free To Be!”

Fourth grade lessons on the definitions of “cisgender” and “transgender”.

The AFT teachers union that has made “anti-racist” instruction a priority, including what every child needs to know about “micro-aggressions” and “restorative justice”.

The list of what is happening in government schools could go on and on. Maybe it’s not in Fayette yet, but it is for others elsewhere.

School choice is an alternative for parents who value their child learning the essentials more than the latest fad social experiment.

From the_wing_t — Cue the leftists who want government control over everything your kids get indoctrinated with – er, taught – in 3….2……1……

From Doug Tucker — I agree Peachtree City should not spend $12 – 14 million on an intersection of State Highways when arguably the expenditure will not help. If engineers do not agree, give priority to the jurisdictional engineer. In the case of State Highways 54 and 74, that is the State’s engineer. It’s the State’s jurisdiction and the State’s responsibility to provide any necessary funding. However, if a municipality wants something added to the State’s requirements, the municipality should provide the additional funding. If I’m correctly following the conversation, we are talking signage and not talking $12 – 14 million for signage. I personally think creating a well-timed “No right turn on red” signal for Highway 74 southbound traffic turning right (west) traffic onto Highway 54, with an additional well-timed blinking yellow signal will help clear the intersection for Highway 74 northbound traffic turning west onto Highway 54.

From Hometown600 — Sneakers you might try calling city works. Their phone number is readily available on the Peachtree website. They told me the markings have nothing to do with speed bumps.

From brewster — Regarding your “no right turn on red” – great idea but another sign would be needed for westbound Hwy 54 traffic that says “all good samaritans left lane only”.

From the_wing_t — This displaced left turn lane is obviously only a solution to the issue of “blocking the box” and it does not solve any of the 54 W traffic issues. Why are we not talking about some sort of northern bypass around Peachtree City? The right-of-way is there, it’s not terribly hard to envision a northern bypass starting at 54E and Tyrone Road, with the route following Tyrone Road up to Dogwood Trail, then on Dogwood west across 74, around Lake Tyrone and just N of the aggregate quarry, connecting to Minix and then eventually back down to 34 at Sams / Costco. For heavens sake, it doesn’t take a genius (only someone with Google Maps) to figure out there’s opportunity there to utilize existing infrastructure, to add to it, and to take some of the load off the 54/74 intersection. Add in another 85 interchange at Palmetto Tyrone Road and 85, and you’ve got solutions that actually make some common sense. Is there a reason these ideas don’t get kicked around?

From Doug Tucker — Coweta County will not allow it. They, Coweta County, wants to preserve their “rural” environment. Can you believe it?

From Dragnet — Coweta County returning the favor to PTC….why doesn’t PTC allows the connection of 74S to Coweta via TDK Blvd and on to McIntosh Rd? That would take a chunk of traffic sitting on the 54/74 intersection.

From Dragnet — A big chunk of traffic sitting on the 74N trying to turn left onto 54W could be avoided if there was a connection to Coweta County via TDK Blvd. All those cars trying to get to Newnan would have an alternate route. So easy to see, I simply don’t understand why this is so difficult to understand by our luminaries in City Hall.

From Dragnet — A meeting to discuss on a silly sign….What about getting serious about the congestion at that intersection?

Have you considered alternate solutions/connections between PTC and Coweta County to easy the terrible mess at 74/54?

From Doug Tucker — On the westside of McIntosh Lake is a lot of real estate, primed with some initial infrastructure for residential and commercial development, waiting for access to TDK. It’s not like Coweta will open any of their right-of-ways to east/west traffic. Extending TDK is probably the quickest way to make Peachtree City unliveable for many of its citizens.

From Doug Tucker — I think everyone has considered alternate solutions. The traffic has been discussed openly for a couple of decades. It’s not much worse than it was in 2002. No alternatives are acceptable to both, Coweta County and Peachtree City. It’s not good, but I’ve experienced a lot worse. We are just going to have to live with it for the foreseeable future.

From Dar Thompson — Doug-Sorry, you are wrong. Just the opposite.

Also, what traffic study have you done that indicates traffic off of TDK would flood Crosstown?

From Doug Tucker — My study is history and a few land records. Dar, this is the same conversation we had a couple to a few years ago. Have you seen the history of the area around the Reese Rd to McIntosh Trl buildup? It started happening when Pathway Communites purchased the land and the Fayette Chamber of Commerce “suggested” the TDK Blvd extension to create a better business environment on Crosstown. You are a builder/developer and you understand what the TDK Blvd extension will do to Crosstown and beyond.

From Doug Tucker — Among other things, Dar.

It became seemingly apparent you were more interested in investing along the Crosstown Dr/Robinson Rd corridor than a smoother east/west traffic flow between Coweta County and Fayetteville.

Other than Harold Logsdon, from Steve Brown on, I believe has been pressured to extend TDK Blvd and each one rejected the proposal. I also believe every City Council member has done the same. They have understood in even greater detail than I as to what extending TDK Blvd would do to us. As on local great American patriot said, “I’ll be (expletive deleted) before I let Coweta County make a door mat out of Peachtree City.”

It’s bad enough for our city to be divided in half by Highway 54, we don’t need to divide the southern half into quarters.

From PTC Bernie — Doug, that traffic is already coming into PTC but through the clogged 54 corridor.

They displaced turn pockets being proposed will NOT work if the traffic backs up more than the displaced lane will hold.

54/74 was problematic when I moved to PTC in 1997 and everything that our elected officials have done in that corridor has done nothing but make the problem worse.

Contrary to Mr. Brown’s assertions to the contrary, there was a viable plan for the TDK extension many years ago, it would have added another option for traffic entering and leaving PTC.

Again, that traffic has always existed but comes through the 54 corridor adding to the perpetual congestion.

Until another route into/out of PTCT is found this problem will never be resolved.

Just my less than humble opinion.

From Dar Thompson — Doug-First of all, I have never looked at investing in property anywhere near the Crosstown corridor. Not sure where you get your information. Furthermore, 80% +/- would not crossover Hwy 74. The answer is to annex in the 1600 acres, now you can control growth. Even the current council has made statements that at some point the government is going to step in and build TDK at which point the 1600 acres will not need to annex into the city. Remember what happened at Fischer Crossing, PTC did not annex, now all that money is going elsewhere outside of the city. Some of us are playing chess while others are playing checkers.

From Doug Tucker — Bernie, I agree with you. The traffic has been there for more than two decades and probably closer to three. It was beginning to build up in 1993 when I wanted to build a wall around Peachtree City. I think “the viable plan for the TDK extension” fell through when retail started escalating and the residents, I being among them, realized we were starting to lose much of the “bubble’s” charm. You may remember the fight over the Kmart.

The traffic on Highway 74 had already been routed from Senoia Rd. Shortly thereafter, the AMOCO gas station moved across Highway 74 and became a truck stop at 74/I-85. The CSX Fairburn Ramp became operational and a second set of tracks was installed in Peachtree City.

What was once a 10 minute drive into Fayetteville became 15 – 20 minutes. Now many of use use Redwine Rd. State Highway 85 became a mess and people began dying because they couldn’t get to the Southern Regional Medical Center.

But, back to the roundtrip route of Fayetteville to Newnan, we lost an opportunity when we allowed Rockaway Rd. to intersect Highway 74 and Holly Grove Rd., rather than Redwine Rd. Our Recycling Center became much smaller, the residences on and about Holly Rd. and Robinson Rd. (from the south parkway to Redwine Rd.) began experiencing much more traffic with resulting Peachtree Citizens moving out and away from Peachtree City.

I don’t want the same to happen to the north Braelinn and south Glenloch villages. I will rather the traffic backup from Macon to Chattanooga and Birmingham than to see more of it within our city and villages. As far as I can see it, we can condem and bulldoze 75 to 90 percent of our retail and be better off than we are now. It’s amazing to me how our population has remained somewhat stable and yet we require so many more municipally supplied services and infrastructure than before. Go figure. I guess there is some truth in small towns and rural areas have become “colonies and sanctuaries of the metropolis.”

From the editor — Above are opinion comments responding to stories on our website from registered members during the past couple of days.