Georgia is a football-crazed state, and girls flag football is bringing the game to whole new batch of high school student-athletes in Fayette County.

The GHSA first sanctioned girls flag football as an official sport for the 2020-21 school year, and Fayette County High joined play the second year, with Starr’s Mill and Whitewater entering the fray this year.

The foundations of the sport are the same as tackle football, with several important changes. There are fewer players on the field (7-on-7 instead of 11-on-11), and the field itself is smaller (80 yards instead of 100), and the offense has four downs to go 20 yards instead of 10 yards for a first down. In between are a lot of unique changes to make it fast-paced football action with the tackling replaced by pulling a flag belt.

The Fayette County High Tigers are veterans of the gridiron with a full season already under their flag belts. They went 4-4 overall last year as the new kids on the block.

“The biggest difference from year one to year two is that my ladies, and us as coaches, are more accustomed to the game of flag football now,” said head coach Channing Welch. “Last year was really a learning experience for everyone, especially with the rules and techniques needed to play flag football. So, this year it has been much easier to navigate due to the coaches and players having that first season under our belts.”

Whitewater High is always looking to add programs and activities to highlight their talented students, and flag football was a great match because it is one of the fastest growing sports for girls in the state.

“Our female sports have been so successful that we thought this would be a great opportunity for a lot of our athletes to participate in something new and exciting,” said Whitewater athletic director Jason Barnes. “The response has been tremendous. We have female athletes who play other sports for us here that have added flag football as a second or third sport. We have others that have never tried a sport that have jumped right in and found it to be something they enjoy. Our booster parents have provided immediate support for the team and coaches. The entire community has really embraced the addition.”

At Starr’s Mill High, where they regularly compete for the Director’s Cup for all-around athletic excellence, flag football offers another chance to battle for championships.

“I wanted to start flag football at Starr’s Mill because I felt it gave our girls another opportunity to play a team sport, learn leadership, be active, and have fun,” said SMHS athletic director Shane Ratliff. “It gives our kids the opportunity to get away from the challenges of their lives and have fun.”

The excitement was palpable at the school.

“The response has been overwhelming. In our first season, we built a 9th grade, junior varsity, and varsity team,” said Ratliff. “We have been able to recruit the best girl athletes in the school, and they are so excited about the new challenge and learning this new sport.”

The Panthers have gotten off to a flying start, qualifying for the state playoffs in their first year. They are playing under the leadership of a veteran coach who is also new to the sport in Mark Williamson, previously the long-time coach of their softball team.

“I think what I like best about our team is just watching the relationships that are being developed. We have players from many different sports and some that have never played a team sport at the high school, and they are all developing friendships with players they may have never met if it weren’t for flag football,” said Williamson. “It’s really special watching them grow together as a team and watching them help each other”

Rather than finding players or learning the game, the biggest challenges have been equipment-based, like finding enough flag belts and proper footballs, because of the rapid rise of the sport.

“Starting from ground zero has not been bad at all because we have the support of our parents, players, and administration. I think everyone is eager to see where this can go for some of the athletes,” said Williamson. “Everybody is eager to learn the game. I think a lot of them came into this with some football knowledge, but the game of flag is a little different than what they were expecting. They are catching on quickly and learning the differences between flag and tackle football.” — Story courtesy of the Fayette County School System.

Below are photos provided by the Fayette County School System. 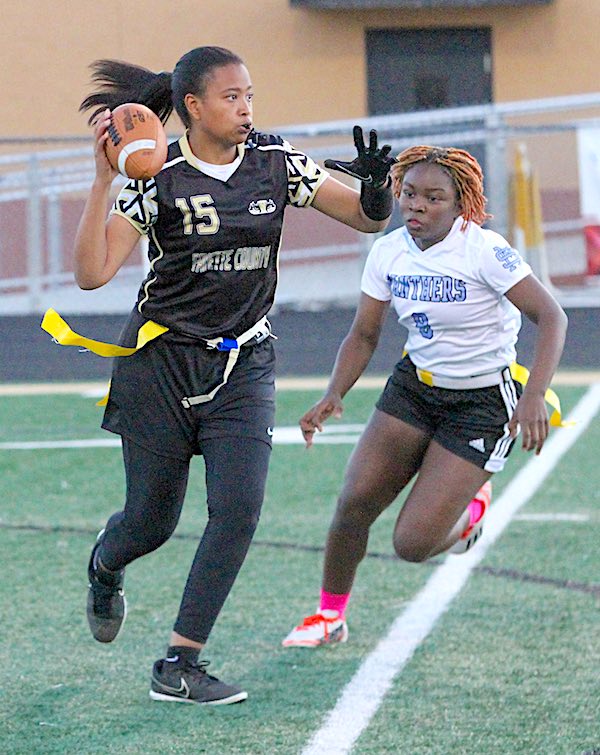 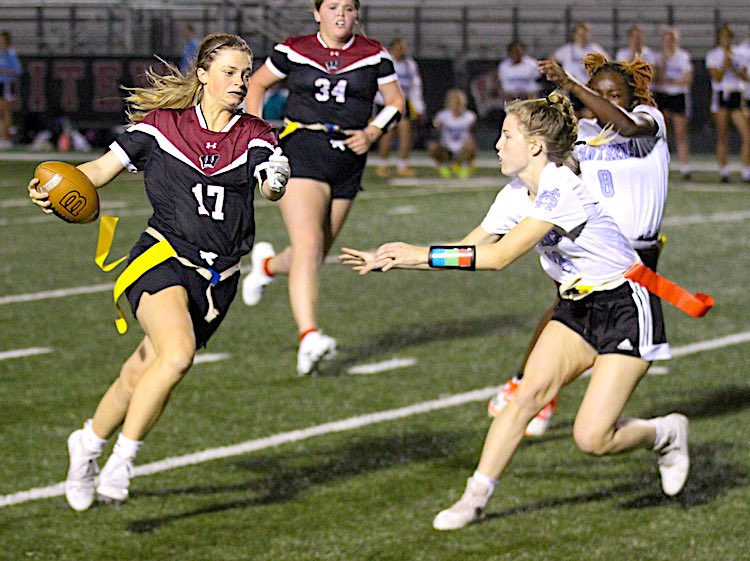