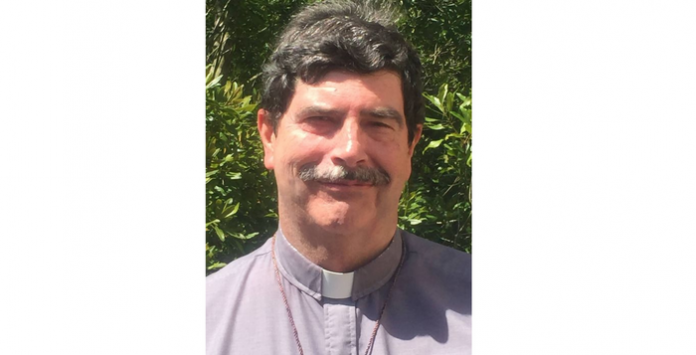 The Rev’d James Franklin Gardner was recently named an Honorary Canon by David Epps, Bishop of the Diocese of the Mid-South of the Charismatic Episcopal Church. A “Canon” is a “standard by which to measure.” An Honorary Canon is one, normally a minister, who has led an exemplary Christian life over a long period of time. Honorary Canons are different from “Functional Canons,” who hold the title as a reflection of their role in the larger church, such as a “Canon Theologian.”

Born June 23, 1947, Jim Gardner was converted to the Christian faith at age 13. He graduated from Atlanta’s Southwest High School, where he played varsity basketball, and went on to further his education at Georgia State University and Southern Technical Institute. He received an Associate of Mechanical Engineering Technology and a Bachelor of Science in Mechanical Engineering Technology. Later in life, he also earned a Master of Ministry degree from St. Michael’s Seminary.

Father Jim served as a U. S. Army Warrant Officer and Rotary Wing Aviator. Beginning in 1971, he served as a helicopter gunship pilot in the Vietnam War with the 117th Assault Helicopter Company, Plantation Army Airfield, Long Binh, Vietnam. Among his medals and awards were twenty-two Air Medals, the Bronze Star Medal, the Good Conduct Medal and the Vietnam Service Medals, as well as other awards.

Father Jim and Christine were married in 1973 and have three adult children. Gardner later served as a Deacon at The Word of Life Fellowship, East Point, Georgia. He also started the first children’s basketball program at The Cathedral of Christ the King in Sharpsburg and currently teaches in the church’s children’s department. Gardner was an active professional airline pilot for 37 years before retiring.

At Christ the King, Gardner has served as a Licensed Liturgical Minister, a teacher, a member of the Sacristy Ministry, a Lector, and as an acolyte. He received the Sacrament of Holy Orders and was ordained as a Deacon and later as a Priest by The Most Rev’d W. David Epps, Bishop of the Mid-South Diocese. He serves on the Rector’s Council and is active in many phases of ministry. He and his wife reside in Tyrone, GA.