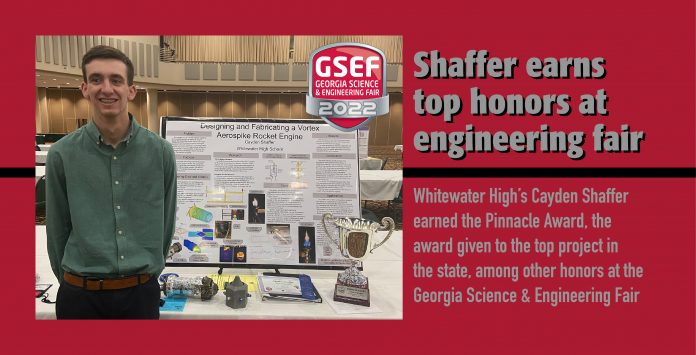 Shaffer’s project needed to address a question or problem, define a need, and state an engineering goal and criteria. His goal was designing a rocket engine to reduce the weight, complexity, and production cost by combining design principles from vortex combustion chambers and aerospike nozzles to see if they could work on a small-scale launcher.

His work earned the Pinnacle Award, the award given to the top project in the state. He was also named 1st place in the category of Engineering Mechanics and 1st Runner-Up in the Innovators Award, receiving money to create a patent for his invention.

As one of the top 10 Grand Award projects in the state, Shaffer’s work advances to the Regeneron International Science & Engineering Fair.