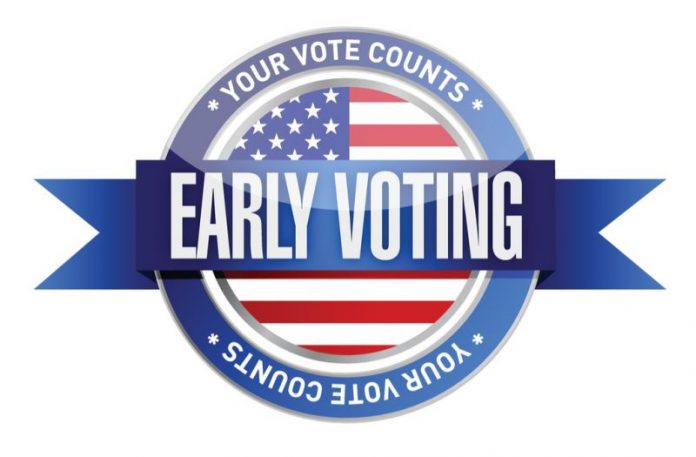 UPDATED — Voting for candidates running in the May 24 primary election has begun in Fayette County and across Georgia. We’ll show you below who’s running for what office and in which political party — or as a non-partisan candidate, almost all of which are judicial offices.

If you are a registered voter, you can vote at any one of four locations in Fayette between the hours of 9 a.m. and 5 p.m. on any of 17 days before election day on Tuesday, May 24, when you can vote at your precinct between 7 a.m. and 7 p.m. The deadline for applying for an actual absentee ballot is May 13.

Here’s when and where you can vote early in Fayette:

Early voting dates for the May 24, 2022, Primary Election

Fayette is split between two congressional districts: District 3 with Republican incumbent Drew Ferguson and District 13 with Democrat incumbent David Scott. Check the sample ballots below for their challengers.

That means that where you live will determine which candidates you get to vote on. The same applies to some of the county office races. Here’s what that looks like:

There is no Democrat challenger, so Gibbons is the presumptive winner in November as well for another 4-year term on the Fayette County Commission.

Rousseau has no Republican challenger, so he is likewise the presumptive winner in November as well for another 4-year term on the Fayette County Commission.

Board of Education District 2:

There is no Democrat challenger for BoE District 2.

Board of Education District 4:

William Leon Yarde is unopposed in the Republican Primary for BoE District 4.

The seat is open after incumbent Democrat Leonard Presberg declined to run again.

School tax question on all ballots

All ballots will contain a $210 million E-SPLOST question. It’s the renewal of the current education special purpose local option sales tax, which expires in March 2024. The renewal, if approved by the voters this month, will occur after the current E-SPLOST collections end in just under 2 years.

The largest single expenditure of the current E-SPLOST has been more than $46 million to build a replacement for J.C. Booth Middle School at the eastern edge of Peachtree City, off Carriage Lane and gravel-topped Stagecoach Road. The upgrading and paving of that dirt-gravel road has been controversial and the paving agreement between the school system and the Peachtree City Council is still pending.

Here’s how that new $210 million is proposed to be spent:

What are the technology priorities as determined by the ESPLOST IV Advisory Committee?

What are the other priorities as determined by the ESPLOST IV Advisory Committee?

Below are the composite sample ballots for Democrats, for Republicans and for only non-partisan races: 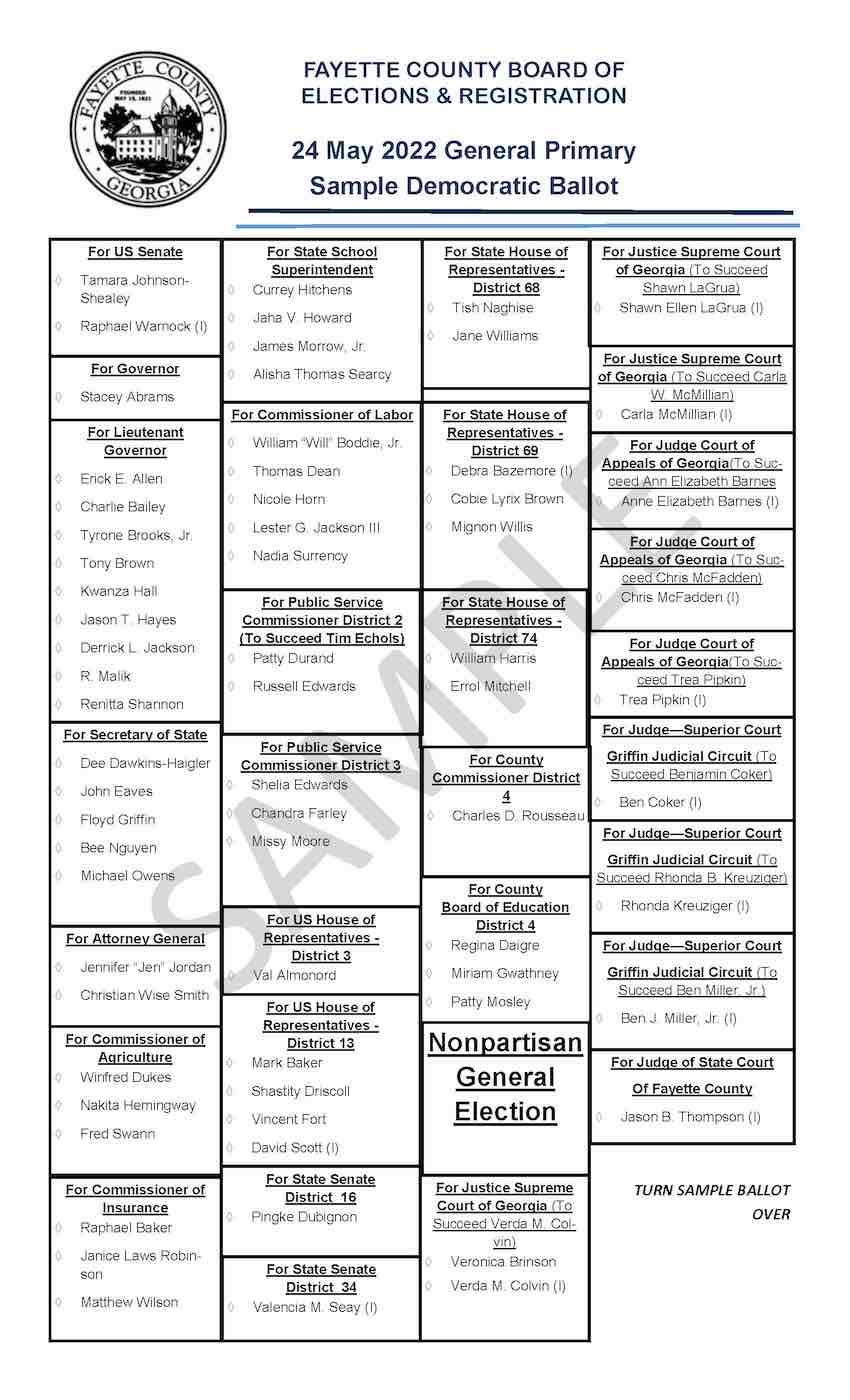 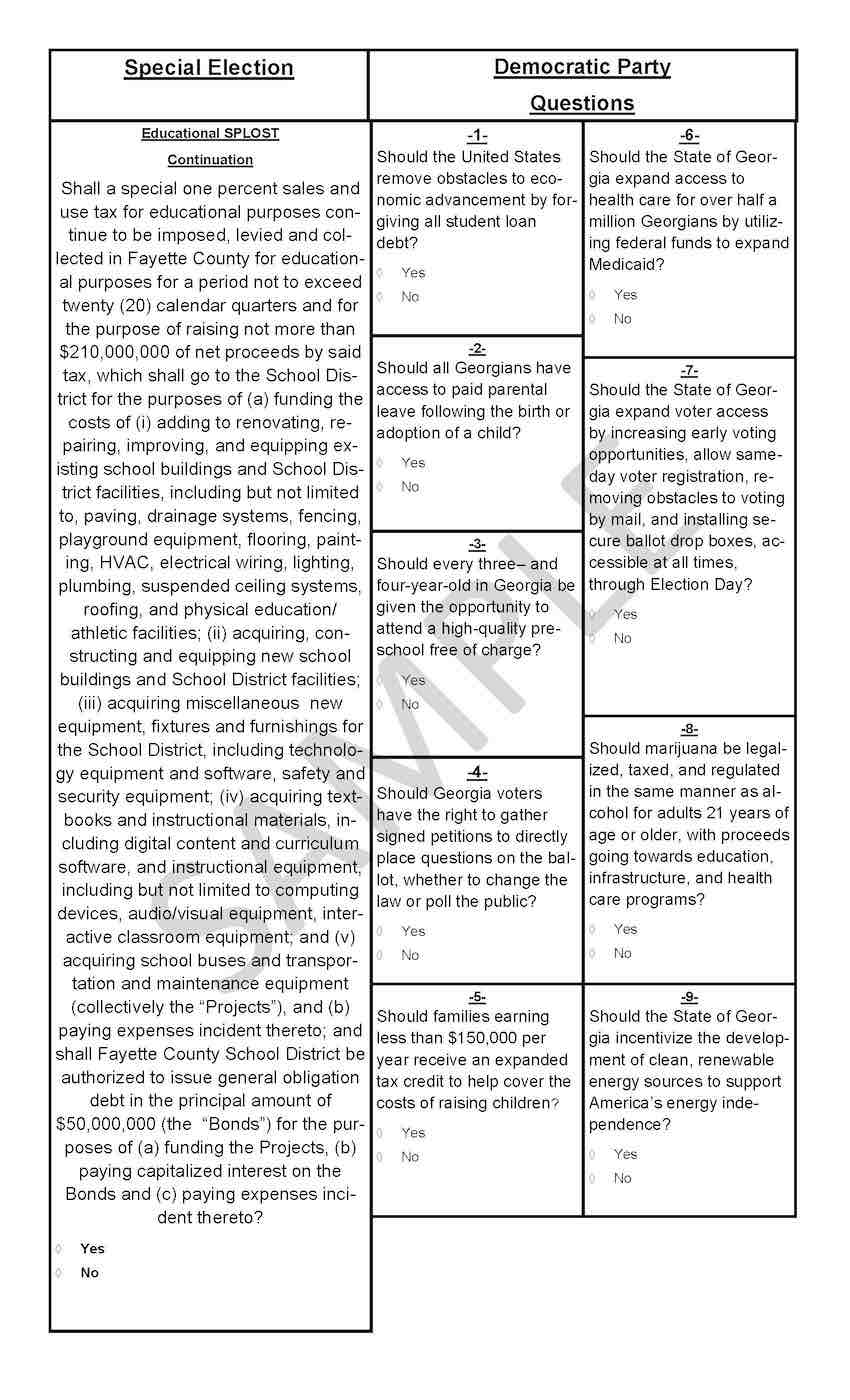 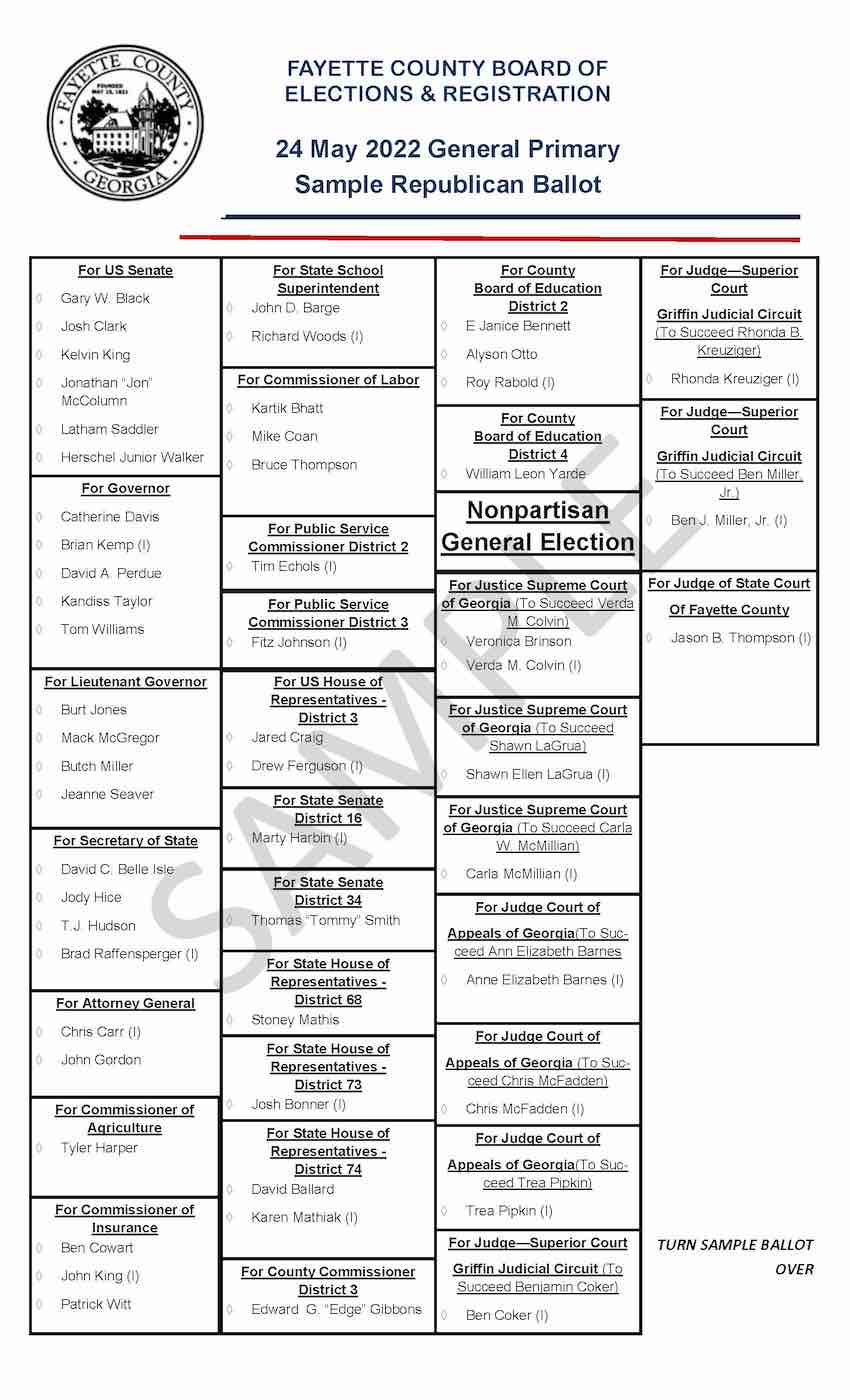 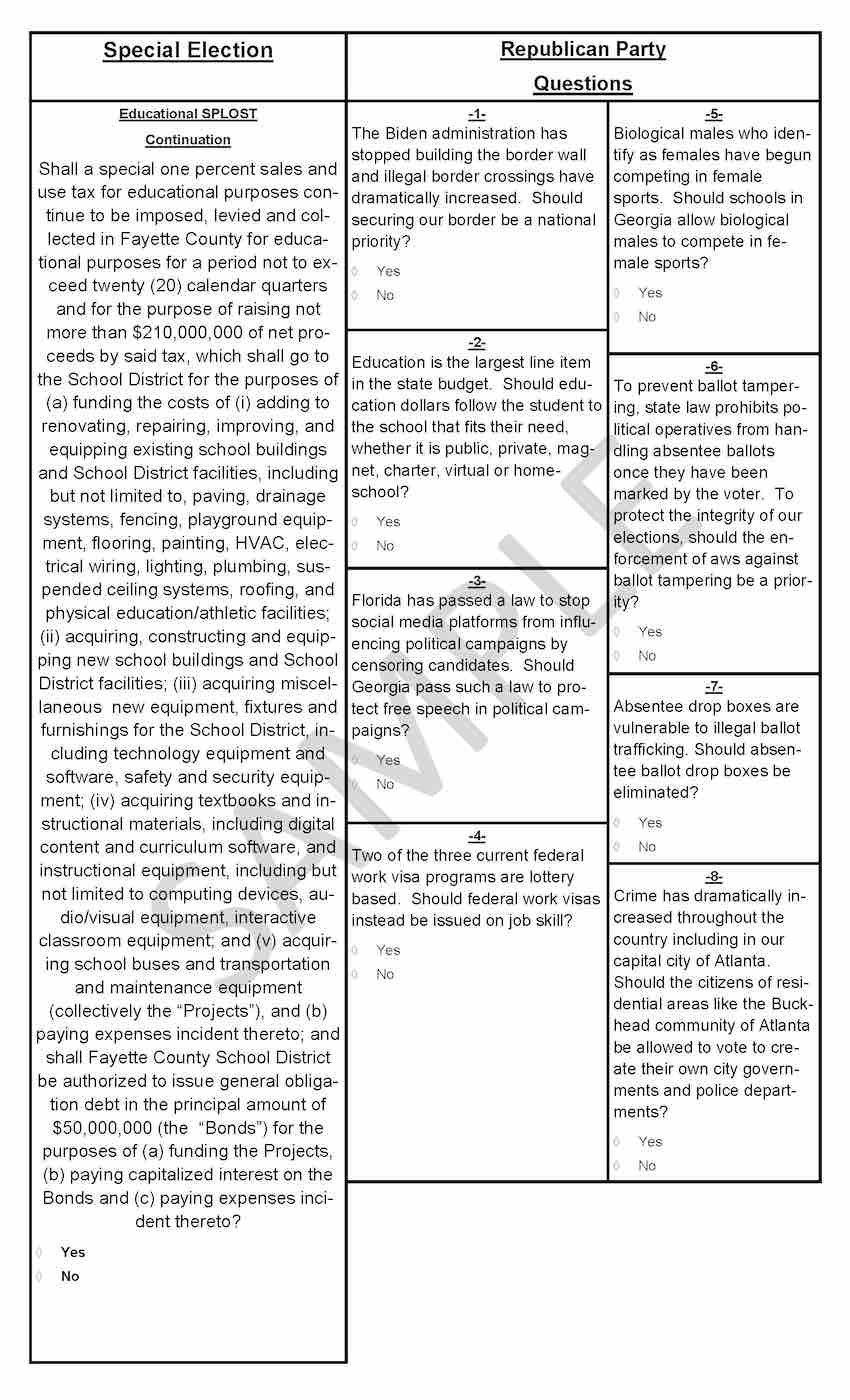 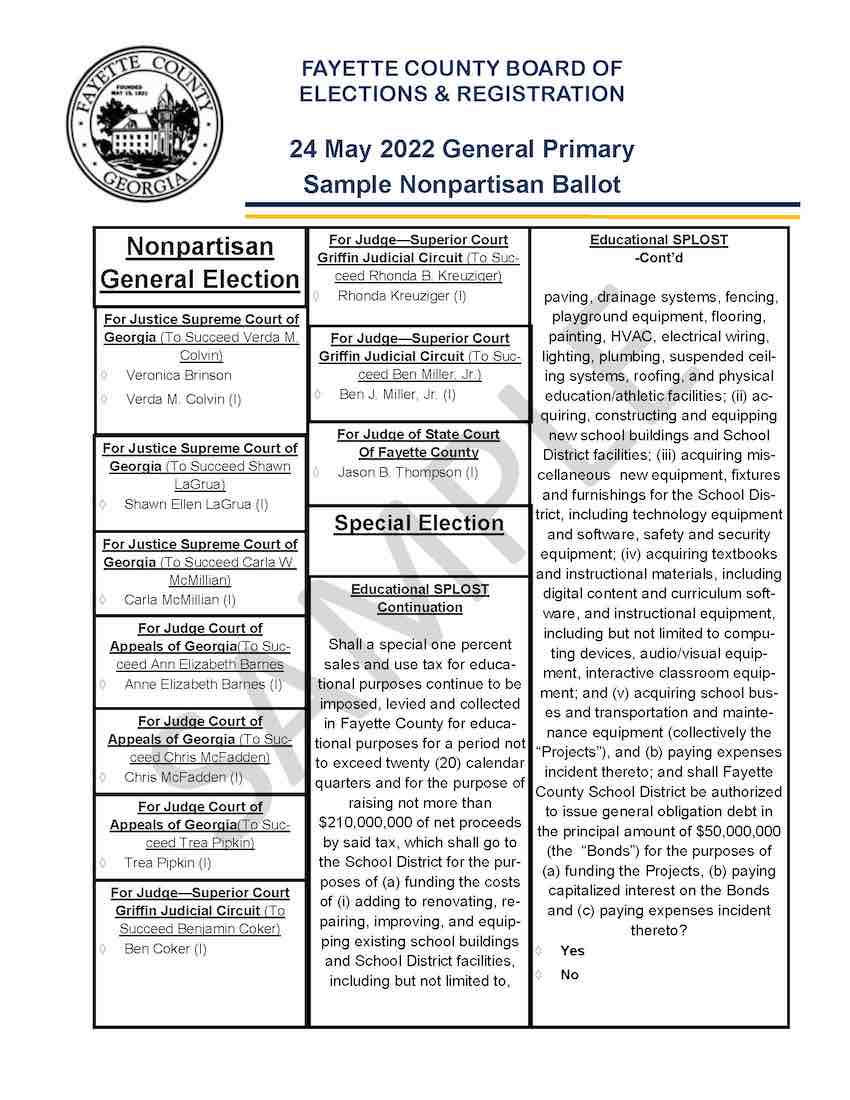 Woman who said she needed ‘the key to my heart’ arrested...