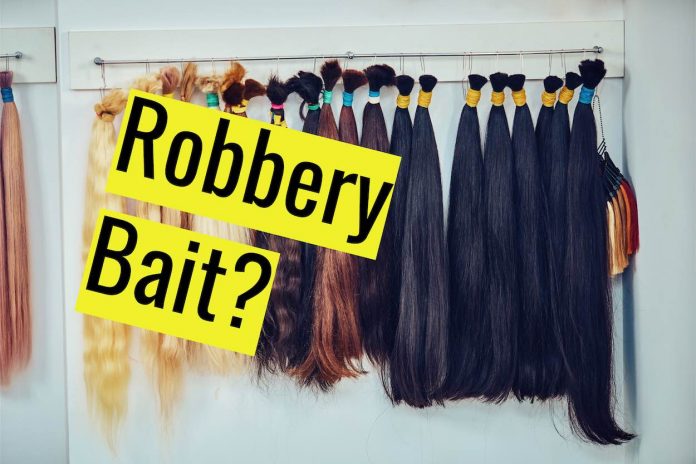 Fayetteville police are investigating a reported armed robbery that occurred when a woman met with a potential business contact who, along with two accomplices, threatened her at gunpoint. The woman told police she followed their instructions, withdrew money from her account and gave it to them as instructed.

Police met with the complainant, who said she was robbed at gunpoint at Chase Bank on South Glynn Street.

The woman told police the male subject said they could work out an arrangement, adding that the man asked her to deposit a check into her bank account, Burdett added.

The complainant told officers she got into the rear passenger seat, adding that the male subject from Instagram allegedly threatened her.

“The complainant said the male seated in the rear passenger seat allegedly had a handgun in his pocket and instructed her to go inside the bank and withdraw whatever money was in the account and bring it back to him,” said Burdett. “The complainant said she complied and returned with the money, and (the subjects) left the area.”

Burdett said the male subject from Instagram was described as a black male, with short eye-length dread-style hair with blonde tips.

The unidentified female was described as a light complexion, black female with a red wig, wearing white shoes with diamond studs all over the shoes.

The male passenger in the rear was described as a black male with no hair, approximately 5’ 10” tall wearing all black clothing and a beanie-style hat that appeared to be a rolled-up ski mask, Burdett said.