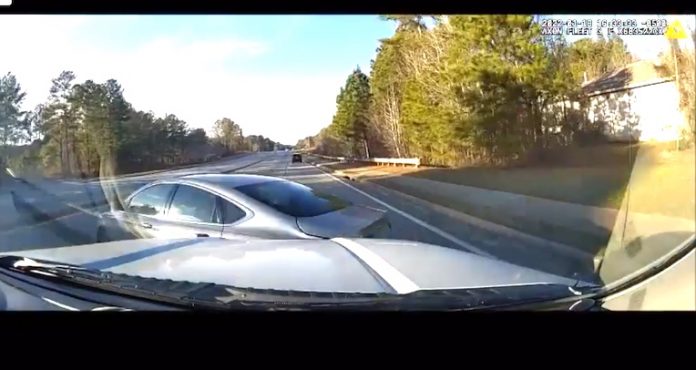 An Atlanta man attempting to flee Peachtree City police in a Jan. 18 incident landed in jail on local charges, in addition to a litany of charges in Georgia and Maryland based on outstanding warrants.

The incident began Jan. 18 at approximately 4:30 p.m. when officers on Ga. Highway 74 South at TDK Boulevard attempted to make contact with a wanted person at the Pit Stop store, according to Peachtree City police.

Johnson fled the scene in his vehicle, with officers briefly pursuing him, reports said.

“The pursuit was brought to a safe end by an officer utilizing a ‘PIT’ maneuver and Johnson was taken into custody without further incident,” according to the department’s Facebook page. “The quick and skillful resolution by one of our well-trained officers thankfully ended this dangerous driver’s ongoing refusal to accept accountability for endangering the public.”