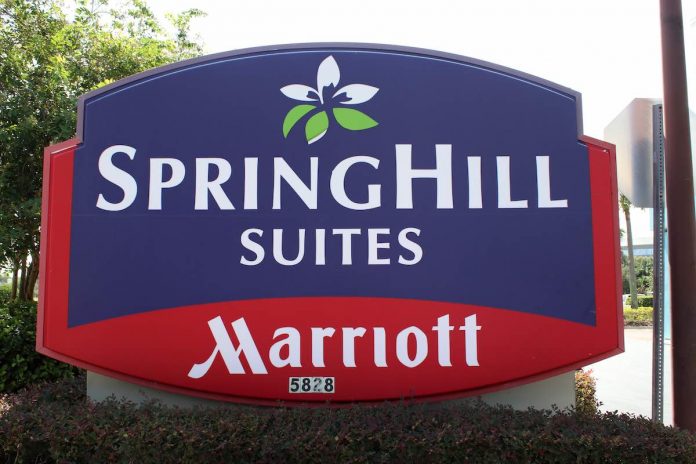 A May 26 unanimous approval by the Fayetteville Planning and Zoning Commission clears the way for a 5-story Marriot Springhill Suites hotel to be located on North Glynn Street, one block north of downtown.

The revised conceptual site plan for the Marriot Springhill Suites hotel approved on May 26 followed the Feb. 25 approval of a special exception to allow five floors rather than the previous approval permitting four floors.

Following meetings with city staff and Marriot, the project returned to commissioners on Tuesday, requesting to re-orient the hotel so that it will face North Glynn Street near the roadway.

Director of Community Development David Rast said Marriot had initially preferred that the hotel be situated toward the rear of the property, away from North Glynn Street, but subsequently agreed with the city that it should be positioned parallel fronting the roadway.

The hotel will be situated north of Dunkin’ Donuts and across from the intersection of North Glynn Street and Lafayette Avenue.

Noting other changes, Rast said, “City Staff has been working closely with the applicant, their architect and representatives from the Marriott Corporation to redesign portions of the building exterior, with the intent being to reduce the scale and mass of the building while maintaining the unique character of the downtown area.”

Rast said the exterior look of the building and color selection was reviewed and unanimously approved by the city’s Art and Architectural Advisory Committee.

“Staff finds the conceptual site plan for the Springhill Suites Hotel complies with the requirements of the C-1 Downtown Commercial zoning district and the Main Street Overlay District,” Rast said.

The unanimous approval by commissioners came with three conditions that will be coordinated by planning staff.