Gov. Brian Kemp announced at 4 p.m. April 20 a phased reopening of some of Georgia’s closed businesses, a decision based, he said, on the declining numbers of Covid-19 fatalities across the state. Less than 3 hours later, the Georgia Department of Public Health reported that Fayette County fatalities increased from 5 to 8.

That’s the most deaths of Fayette residents reported in one day since the Covid-19 pandemic began. The DPH gives no identifying information about the deceased other than sex, age, county of residence and whether the victim had any underlying medical conditions. Thus, from the DPH data, here’s what we know about the fatalities:

It’s unclear from the DPH chart whether the fatalities are listed in order of their demise. 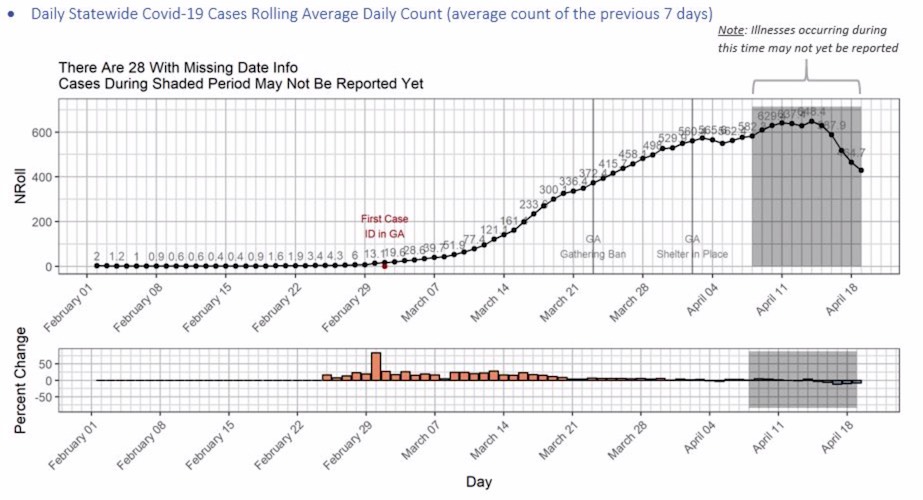 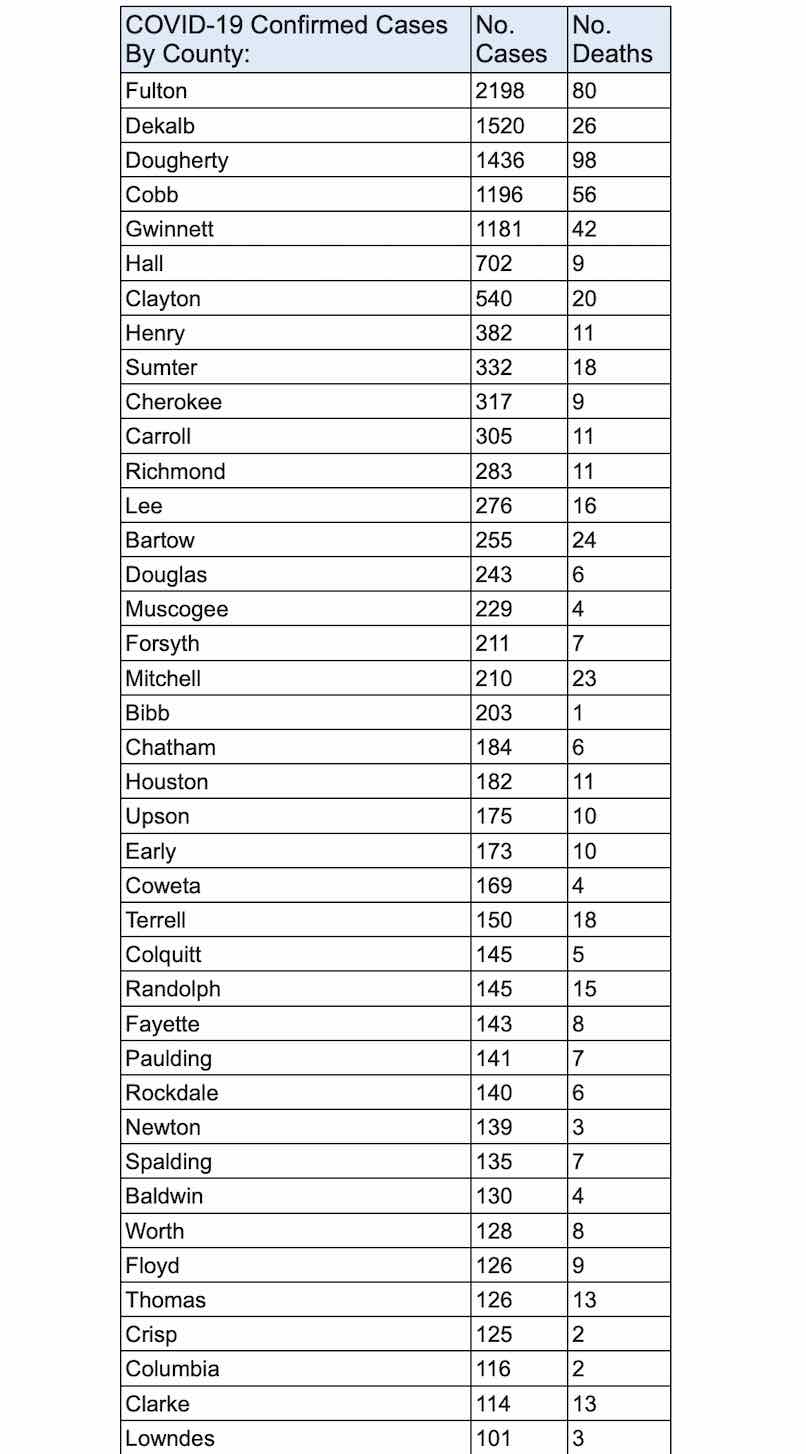