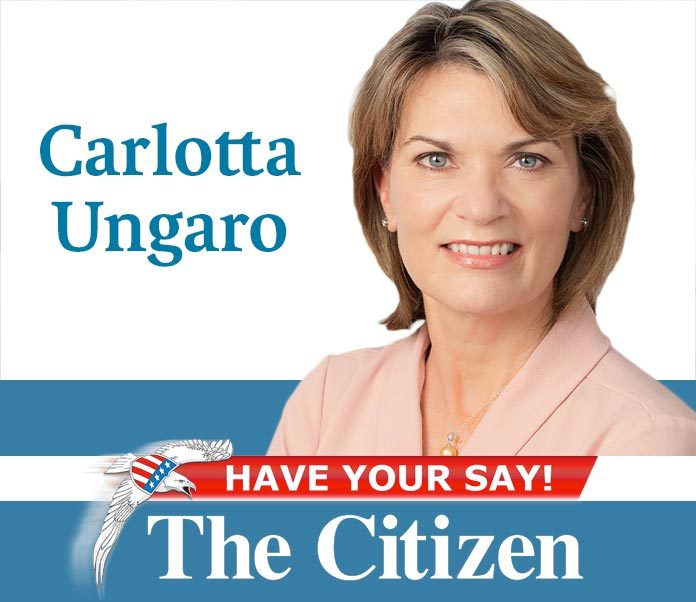 At the beginning of March, coronavirus was something far away in China, Italy, or the state of Washington, and life in Fayette County was normal. The CDC, 30 miles north of Fayetteville, told us to frequently wash our hands for twenty seconds, stop touching our faces, and stop shaking hands.

These assignments were easy enough and became a source of humor. Twenty-second handwashing inspired news stories that listed songs to sing for measuring out 20 seconds. I stuck to my usual method of counting one-thousand-one, one-thousand-two…up to one-thousand-twenty. I was on a plane twice a week, and I did notice people in the airport washrooms rarely scrubbed for 10 seconds, which was more disconcerting now than ever.

Not touching your face also was something to joke about. My favorite was the meme of the dog cone of shame on a person. This directive was a little harder, especially since it was pollen season. While on a Zoom conference call with my work colleagues. I noticed everyone, including myself, constantly and unconsciously scratching noses and eyes. 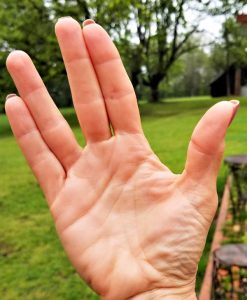 The third directive of no hand-shaking also made for some amusing moments. The most common replacement became the somewhat awkward elbow bump or the air high-five. I’ve loved Star Trek since I was a child, so I opted for the Vulcan salute while stating the Vulcan blessing, “Live long and prosper.” The salute always brought a look of surprise, a laugh, and sometimes futile attempts at the Vulcan V. I guess there aren’t too many of us Trekkies out there; no one ever gave me the Vulcan reply to this blessing, “Peace and long life.”

Friday, March 13, I flew home to Fayetteville. In the seat next to me was a tall Italian gentleman who barely spoke English. Scary thoughts began to creep into my head, “I hope he hasn’t just arrived in the U.S. from Milan. I hope he doesn’t cough or sneeze. Should I hand him a sanitizer wipe anyway?”

I’m not a paranoid person, but coronavirus was making me question my safety everywhere. I canceled going to a family reunion that Saturday, concerned I may have been exposed to the virus, and I didn’t want to endanger my older relatives. The weekend proved to be a turning point, and states began shutting down. The CDC told us to stay six feet away from people. Unlike the first set of directives, this directive inspired growing concern instead of humor. Hand sanitizer and face masks disappeared off store shelves. Our church closed its doors, and our minister conducted Sunday Service on Facebook Live. The message was the first Christians also had to hunker down and scatter.

Within a week, the world had changed. It was time to work remotely, but I had not prepared for that option when I had left my client’s office to head home for the previous weekend. I needed to fly one more time to Charlotte and drive back with essential things for work, prescriptions I was running short on at home, and now that supply of toilet paper I had bought for my apartment there before it became a scarce resource.

Early Monday morning, on March 23, my husband drove me to Hartsfield-Jackson. The world’s busiest airport was no longer a busy place. The one open line for TSA Precheck took less than five minutes. I saw more Delta and airport employees than people flying. The departures and arrivals boards are flashing red on hundreds of flights. When I realized the red was hundreds of cancellations, my heart dropped. For someone who had worked supporting businesses for 20 plus years, the red not only represented canceled flights, it represented millions of businesses that would suffer losses, millions of people whose income would be devastated, dreams of those graduating dashed. At that moment, I felt the same fear and panic for the economy that I felt in late September 2008. I felt as alone and unsettled as I did on September 11, 2001.

Tuesday afternoon, I drove the long five-hour trip back with frightening thoughts clouding my head as dark as the sky was that day. Just two weeks ago, I was happily flashing my Vulcan salute, spouting, “Live long and prosper.” Now, coronavirus was taking both of those blessings away from us.

But then I remembered, the Vulcan salute has another meaning too. Churchill used the same hand sign during WWII for victory. We will be victorious over this pandemic, just as we were in 1918 when both sets of my grandparents were newly married and starting their families, just as we did in 1945 when my father came home from WWII. We will again visit the stores, the restaurants, the sports events, the concerts, just like the Londoners who returned to the theatres to hear Shakespeare’s plays after the plague outbreaks of 1604 and 1606. We will fly on planes again, just as we did after 9/11. We will prosper, we will have victory.

So, I wish this blessing on Fayette County, America, the world:

Live long and prosper, have peace and long life.