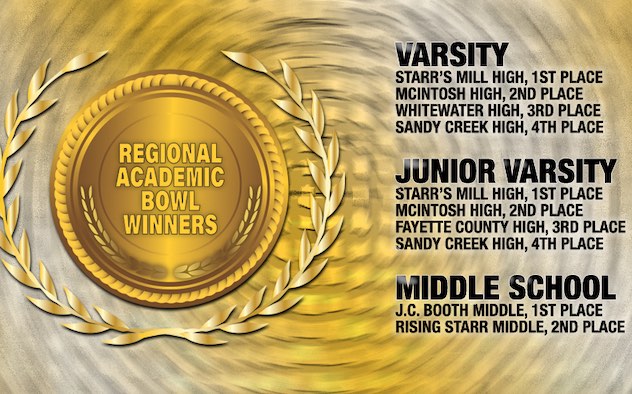 The top four schools in both the Varsity and Junior Varsity (JV) level qualify for an invitation to compete at the state level.

The Griffin RESA Academic Bowl is a regional competition among middle and high schools in the Griffin RESA region which consists of school systems in Butts, Fayette, Henry, Lamar, Newton, Pike, Spalding and Upson counties.