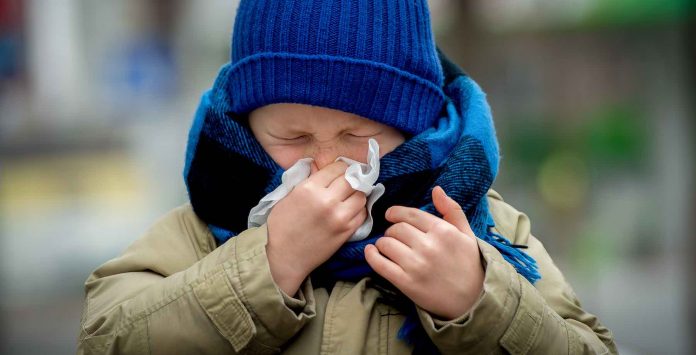 UPDATED DEC. 18 — Influenza is hitting Crabapple Lane Elementary School in Peachtree City hard in the days leading up to Christmas. School system officials on Dec. 16 said 100 students were absent, of which 40 were confirmed with influenza.

King also noted that there were 40 cases of confirmed influenza, adding that only a few staff members were absent.

“Other school nurses are reporting confirmed cases of influenza, but not this high a number,” King said of the influenza cases being reported at other schools in the system.

Noting the precautions taken, King said, “The school is utilizing our school-approved disinfectant on all surfaces, which kills many bacteria and viral strains including influenza. The nurse is contacting parents and sending students home if close to the temperature threshold of 100.4 (CDC guideline). The staff are encouraging good hand-washing with students.”

The Ga. Department of Public Health (DPH) is announcing that influenza is widespread in Georgia, and is urging citizens to get a flu shot.

Nationwide, the Centers for Disease Control and Prevention (CDC) estimates that so far this season there have been at least 2.6 million flu-related illnesses and 1,300 deaths from flu, with DPH confirming more than 200 hospitalizations and two flu-related deaths in Georgia.

The predominant flu virus currently circulating is a B/Victoria strain that doesn’t usually pop up until the end of the flu season, in early spring. B viruses can infect anyone, but they generally strike children and young adults more than the elderly. Vaccination is the best prevention against the flu for all ages, and the B/Victoria strain is included in this season’s vaccine, according to DPH.

“Every individual over the age of six months should get a flu vaccine – not just for their own protection, but to protect others around them who may be more vulnerable to the flu and its complications,” says Kathleen E. Toomey, M.D., M.P.H., DPH commissioner. “It takes about two weeks after vaccination for antibodies that protect against flu to develop in the body, so now is the time to get a flu shot.”

DPH noted that flu symptoms and their intensity can vary from person to person, and can include fever, cough, sore throat, runny or stuffy nose, body aches, headache, chills and fatigue. If you think you have the flu, call or visit your doctor.

DPH advised that there are other things you can do to help prevent the spread of flu – tried and true measures your mother taught you:

To learn more about influenza log on to https://www.cdc.gov/flu/

You can monitor Georgia weekly influenza reports at https://dph.georgia.gov/flu-activity-georgia