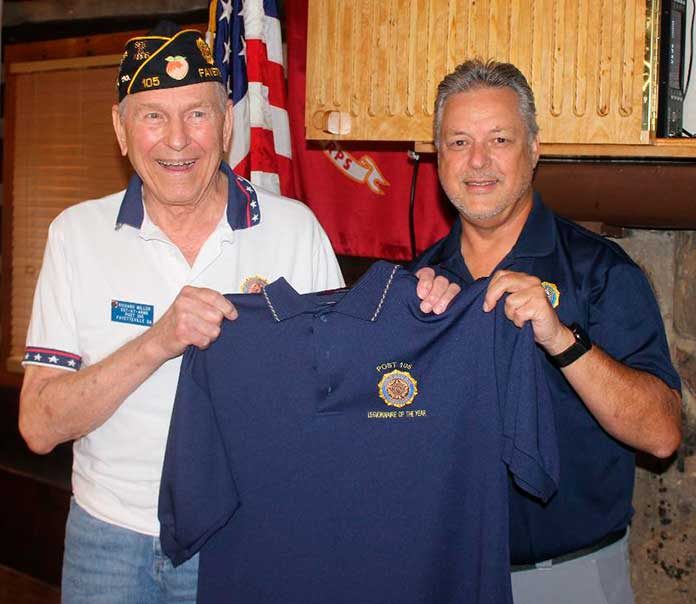 Dick Miller is a long time member of Fayette County Post 105 of The American Legion and has been selected as their Legionnaire of the Year for 2019. Miller is an Air Force veteran of the Korean War era and has served with distinction in many different leadership positions for his post. He is serving as the Post Sgt at Arms, was the 2008 Legionnaire of the Year, is a Paid Up for Life Member, and has served as Post Adjutant and Junior Vice Commander. Miller is shown with Post 105 Commander Bill Kempf. Post 105 meets the second Monday of each month at the historic Log Cabin in Fayetteville. http://www.americanlegionpost105ga.org/.