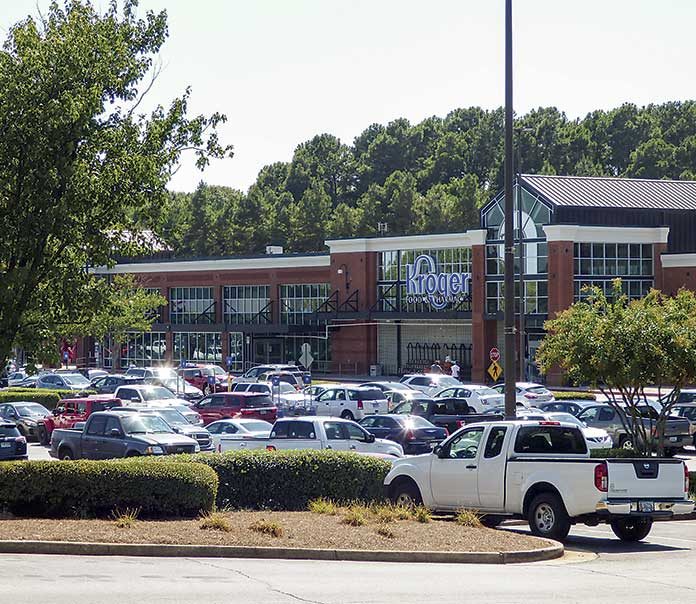 A possible road rage incident, where a shot was fired from a vehicle at the Towne Center shopping center on Fayetteville’s south side, is being investigated by police. There were no injuries in the incident. Photo/Ben Nelms.

Fayetteville police are investigating what appeared to be a possible road rage incident at the Towne Center shopping center on Ga. Highway 85 South. There were no injuries after a shot was fired from one of the vehicles.

The incident occurred at approximately 3 p.m. on Aug. 9 when two vehicles travelling south on Hwy. 85 pulled into the shopping center, according to Fayetteville Police Department spokesperson Ann Marie Burdett.

Burdett said the victim pulled into the shopping center and was circling the parking lot, followed by the second vehicle that did the same.

At one point, a person in the second vehicle fired a shot from inside that vehicle, striking the other vehicle, Burdett said.

Burdett said there were no injuries in the incident.

The offender vehicle then left the area and was last seen heading south on Hwy. 85, said Burdett.

Burdett said the incident is being actively investigated.