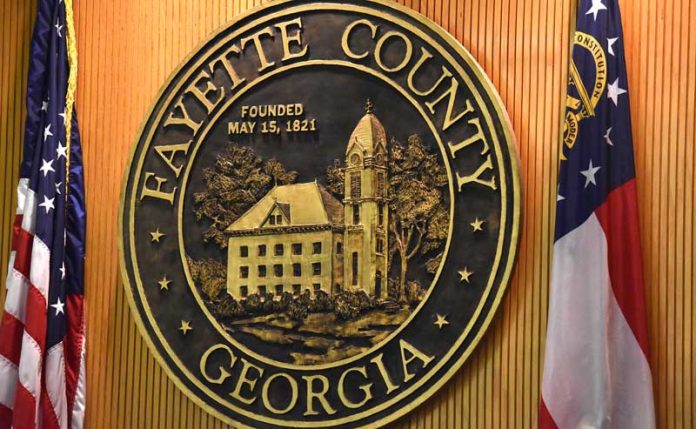 TSTT Investments, LLC will be back before the Fayette County Commission on Aug. 8 requesting a new zoning for 213 acres on Ebenezer Road. Commissioners in 2018 approved the parcel for 2-acre residential lots. The company last year, after a successful lawsuit and a court order, said it would be back if the zoning category could not appropriately generate at least 91 lots.

The company in 2018 had requested PUD (planned unit development) zoning, but took a wait-and-see approach after commissioners approved an R-78 zoning for two lots per acre.

“At this point, we’re looking at the number of lots (R-78 zoning) will generate. If it can still generate 91 lots or more it could be fine. Otherwise we will go back to court,” TSTT attorney Kathy Zickert said after the 2018 rezoning vote.

Her comment pertained to an order by Fayette County Superior Court Judge Christopher Edwards following a lawsuit brought by TSTT over the 2016 commission denial of its rezoning request.

The 2018 vote by commissioners appeared to be an attempt to potentially address the concerns of some, given that a number of the lots under the PUD zoning would be 1-acre in size.

TSTT will be back Aug. 8 requesting a PUD zoning.

Edwards earlier in 2018 ruled in favor of the developer, and cited the 2016 action by the commission in denying the proposal to build the 91-home subdivision as unconstitutional based on the county’s comprehensive plan then in effect.

Edwards’ ruling was appealed by the county and landed at the offices of the Georgia Supreme Court, where that court declined to hear the case, returning it to Edwards.

Edwards subsequently ordered the rezoning request back to the commission, noting that “… if plaintiff remains convinced that the new decision is also unconstitutional, then it may reappear before the court via application for contempt.”

The 2018 vote to rezone the property as R-78 rather than the requested (PUD) planned unit development was 4-1, with Commissioner Chuck Oddo opposed.

Most on the commission were outspoken in their disagreement with Judge Edwards’ decision, as were a number of people in the audience who attended the meeting to voice their opposition to the 91-home subdivision.

“I don’t see any outs except to risk contempt,” then-Chairman Eric Maxwell, an attorney, said in 2018 in an effort to find ground with which the developer might agree. “Generally, you go to jail until you purge yourself of that contempt.”

That ground came with the passage of the motion to have all lots zoned for 2-acres.