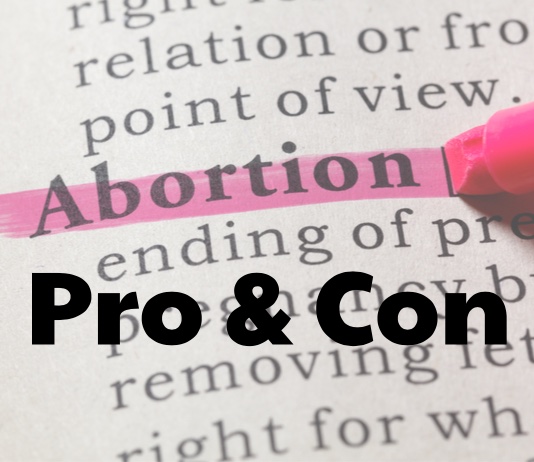 Panelists raise concerns about HB 481 in forum; Plunkett: ‘I don’t know what you do with 18 soundstages (at Pinewood Studios) if they close’ —

A 4-person panel provided their perspectives and took audience questions July 17 at the “Women’s Healthcare in the Age of House Bill 481” event held at the Peachtree City Library. The discussion was billed as a non-partisan event.

Gov. Brian Kemp in May signed the “Heartbeat” bill which would go into effect in January. The Georgia American Civil Liberties Union (ACLU) has filed suit opposing the new law. The Heartbeat bill would prohibit most abortions once a fetal heartbeat is detected. The July 17 event was held in response to the law’s passage and the governor’s signature.

The downstairs meeting room at the library was filled with approximately 70 people, many of whom had questions for the panelists following their presentations.

Moore said she was on the panel partially in response to her belief that her perspective, and that of others, was not being represented. Moore also questioned her ability to “take care of my patients” if the law goes into effect in January.

“So it’s important to me to participate in factual communication, rather than the false narrative,” she said.

For his part, Bruce said the intent of “Heartbeat Bill” was to target abortion providers and women, adding that, “We’re confident this won’t go into effect.”

Commenting on the Georgia law suit filed ACLU, Bruce said the organization has taken the lead in litigation in other states. He also noted that some Georgia district attorneys are saying they will not prosecute if the law goes into effect in January.

Plunkett in her comments said she was invited to speak about the economic impact of HB 481 in Georgia.

She noted several times that there are people working in the film industry who are on both sides of the issue, and added that most in the industry are working for a paycheck.

“Most of them, they really don’t care about HB 481. They like it here, but they know their industry cares,” she said, noting that the film industry hires significant numbers of local people and use numerous local goods and services. “I don’t know what you do with 18 soundstages (at Pinewood Atlanta Studios) if they close,” Plunkett said, referring to a boycott threat by several filmmakers if the law goes into effect.

Rochat in his comments provided a litany of demographic data related to abortion, both in the U.S. and in other countries. He also noted that there are differing perspectives on when life begins. He quoted a prior study of public health students who believed life began at birth.

Panel members responded to a litany of audience questions, many of which centered on specific issues related to complex legal and medical issues.

Bruce in response to one of the questions dealing with the intent of HB 481 said he believed the intent was to overturn Roe vs. Wade in the Supreme Court.

And Moore, in response to another question, said abortion is a difficult topic.

“My position has changed and evolved,” she said, also noting that, “It’s important to have respect for each person’s individual point of view.”

Pertaining to HB 481, Moore said, “It’s bad legislation because it’s sloppy legislation (as so many aspects of the law went unaddressed). I don’t think anyone expects it to take effect. It’s unenforceable.”

The Fayette County Republican Party recently held a panel discussion on abortion, with the intent of presenting the “other side” of the story from what they said is often presented in the news media about House Bill 481, recently signed into law by Gov. Brian Kemp.

Georgia’s “Heartbeat” law, one that would prohibit most abortions once a fetal heartbeat is detected, has garnered much attention from the state and national media. There have been numerous celebrity voices speaking out against the law, and calling for the film industry to leave the state.

The Georgia American Civil Liberties Union (ACLU) has filed suit to keep the law from becoming effective in January.

Fayette Republicans, in an effort to tell what they said is the other side of the story, decided to have a panel discussion of their own.

Edmonds said states like Virginia and New York in their efforts to extend the time of an abortion went, “So far radical on the side of death that the pro-life community said, “‘No more. That’s it. We’re not going to take this anymore.’”

Edmonds also noted that the workers in Georgia’s film industry area a separate entity from the Hollywood elite movie stars and directors attempting to prompt movie producers to abandon the state.

Doing so would arguably be a first in the American economic landscape, where a multi-billion-dollar industry would abandon the nation’s most generous tax incentives to put “principle” over “profit.”

Speaking on the motivation of Planned Parenthood in facilitating abortions, Davis questioned the organization’s placement of abortion facilities in minority areas.

“Planned Parenthood has taken the legal act of abortion and used it to target a specific group of people based on their skin color. So they have put their facilities in our neighborhoods. Almost 80 percent of their surgical facilities are within a two-mile walking radius of a black or Latino neighborhood,” Davis said.

Davis went further, emphatically saying, “I want Planned Parenthood to stop targeting my people. And I’m going to do whatever it takes to get them to stop. So if that is today’s definition of racism, then here I am, a pro-life racist.”

Commenting on legislative attempts in some areas to say there is no need for a doctor to perform an abortion, Hough said “It shows there’s no real concern for the mother. We know there’s none for the baby.”

Voyles in her comments noted that, “We have a governor and lieutenant governor who didn’t just say they were pro-life to gain our vote. We saw them working and praying and doing whatever they could do to make this come together.”

Bonner during his comments said abortion is referenced as a medical procedure.

“It’s killing a baby. It’s ending a life. I think when people come face to face with that reality, that’s going to continue to change hearts and minds,” Bonner said. “It’s already happening among the younger generation. They are often more pro-life than their parents.”