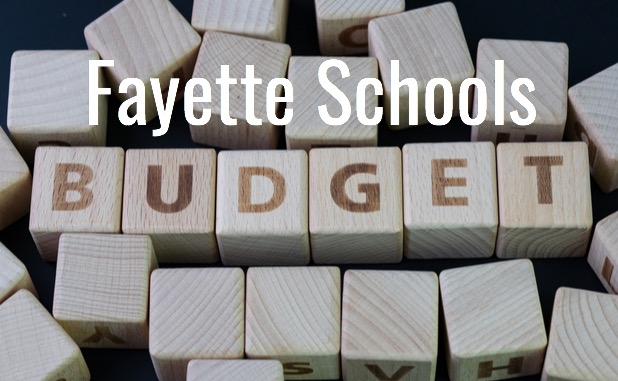 The Fayette County Board of Education on May 20 adopted the tentative 2020 budget totaling $229.4 million, an 8 percent increase above the current budget. The vote was 4-1, with board member Barry Marchman opposed.

Setting the stage for his opposing vote, Marchman prior the the budget discussion noted that several speakers in public comments expressed concerns about school system expenses. Marchman asked Assistant Superintendent for Finance Tom Gray if the budget will require him to “ask more of his friends and neighbors in terms of tax dollars.”

Marchman continued, saying it was important to have his comments put in the public record.

“I was thinking about a rich miser who had accumulated a great deal of wealth. When asked how much would satisfy him, he said just a little bit more. And I was also thinking there has been no significant increase in our number of students. We’ve passed our ESPLOST (education special purpose local option sales tax) with the implication that we weren’t going to ask for more property taxes. The Fayette County Development Authority has sponsored projects with the implied property tax reductions. And then there are the (property) assessments. I got my assessment this week and the assessment resulted in a higher net worth (for me) and my friends and neighbors, but not a higher cash flow. And we’re asking for a larger percentage of a family’s budget. Maybe that’s their vacation money or maybe it’s their grocery money. But whether it’s discretionary money or grocery money, I don’t feel like we have a right to keep taking just a little bit more of the family budget without a clear explanation, and you might argue that we are giving a clear explanation.”

Marchman continued, saying the school system has full funding for state dollars and for teacher raises.

Marchman said his personal rollback rate preference would be to go to 18.2 mills. The current rate is 19.5 mills, half a percentage point below the state legal maximum.

“So anything more than (18.2 mills, from his personal perspective) will require us to take more,” said Marchman. “I’ve said before… most of the reasons we have increased the millage are not there any more. And I would not vote for a budget that requires us to take more of our taxpayers hard-earned resources.”

The vote to adopt the tentative budget came later in the meeting. The vote was 4-1, with Marchman opposed.

The final budget will be adopted next month.