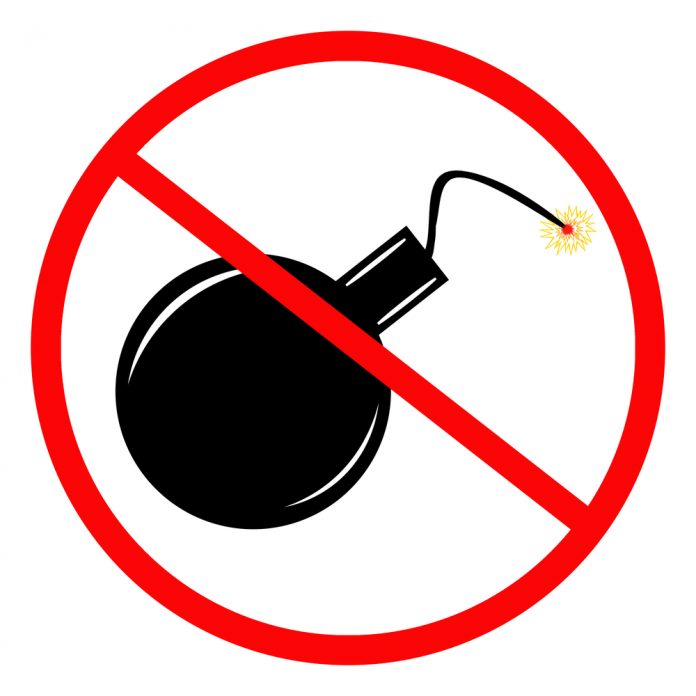 A bomb threat called in to Fayette County High School on April 24 was not deemed credible and the school, following recent changes in protocol, was not evacuated.

“The secretary received a very generic phone call from what sounded like a young male. The call was so quick that she did not have an opportunity to see what line it was on,” said school system spokesperson Melinda Berry-Dreisbach. “We did not evacuate the school because the threat was deemed not to be credible. The SRO (school resource officer) was informed and a sweep was conducted both inside and outside the building. Nothing was found. Students and teachers continued with the normal school day.”

Berry-Dreisbach said there are no plans to further investigate since the threat was deemed not to be credible and nothing was found during the sweep that would indicate that any harm was planned for the school.

“Our protocol has changed since the Florida shooting last year,” Berry-Dreisbach noted. “Evacuations are not immediate like they used to be since someone looking to cause harm could use a threat as a way to get students and staff out of the school and into an open environment. The threat is evaluated against a check list and then a decision is made. Evacuations tend to escalate threats in order to disrupt school. They can be especially problematic this time of year when testing is being conducted.”

Fayette School Board engaged in ‘reckless’ spending of millions