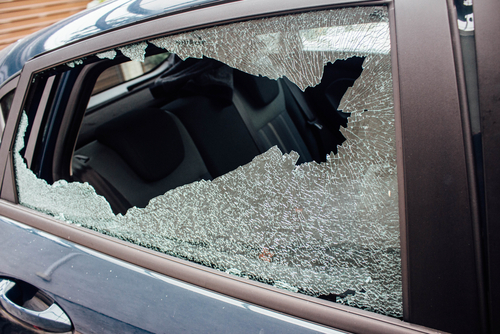 Seven vehicles at three Peachtree City golf courses were entered on Aug. 15. All but one of the entries were forced break-ins that resulted in many belongings stolen.

Four of the vehicle break-ins occurred at the Planterra Ridge Golf Club, with two occurring at the Flat Creek Golf Club and one at the Braelinn Golf Club, according to police reports.

All but one of the forced entry incidents were the result of broken windows, said Peachtree City Police Department spokesperson Odilia Bergh, adding that one of the vehicles may have been pried open.

Pertaining to the four break-ins at Planterra Ridge, one of the vehicles had a laptop stolen, another had clothes stolen and a third vehicle, which was unlocked, had an iPhone and headset stolen. The fourth vehicle entered at Planterra had a wealth of items stolen, such as a variety of clothing and shoes, suitcases, jewelry and a laptop and backpack, said Bergh.

The entering auto at Braelinn Golf Club resulted in the theft of a diaper bag, Bergh said.

The incidents are under investigation.