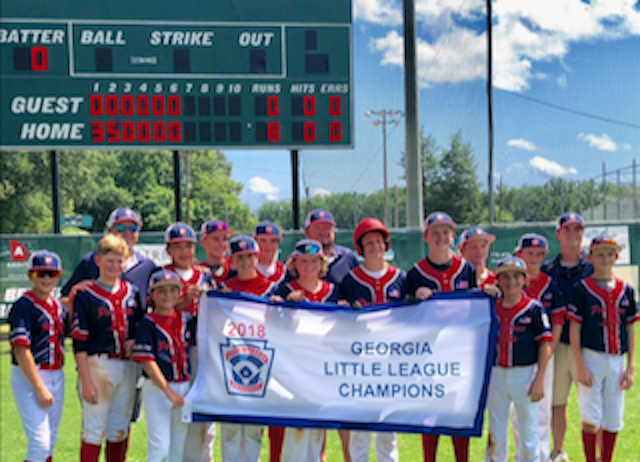 Peachtree City Little League has won three straight games to finish atop the winner’s bracket in the Southeast Regional in Warner Robins, earning a spot in Wednesday’s championship game to vie for a trip to the Little League World Series in Williamsport, Penn.

Peachtree City defeated Tennessee 1-0 Friday and won 4-3 Saturday over Virginia in the first two rounds of the eight-team regional. Monday night’s 8-3 victory over Alabama put the team in the championship round.

Alabama and Virginia square off Tuesday night, with the loser being eliminated and the winner moving on to face Peachtree City the next day. Since it is a double-elimination tournament, Peachtree City would have to be swept in a doubleheader to lose the title.