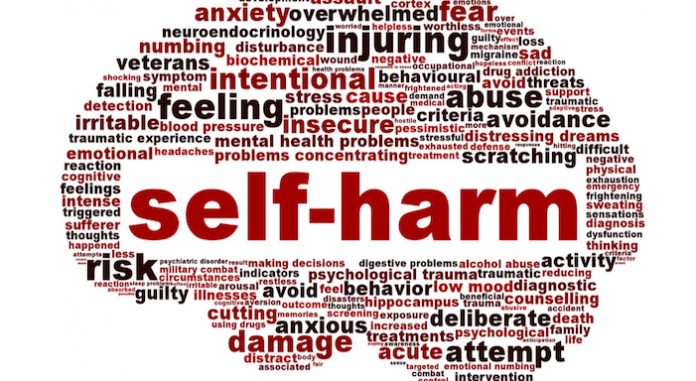 The mother of two Fayette County school students wants to find solutions for incidents of self-harm, including self-cutting, that she maintains is occurring with children in the school system. Angela Menko brought those concerns to the public comments portion of the May 30 meeting of the Fayette County Board of Education.

Menko is a mother who is adamant that the school system do more to address self-cutting and other forms of self-harm.

“I am concerned. I am worried. I am scared. I send my children to school in Fayette County five days a week, 180 days a year,” Menko told school board members. “Every one of those days, I am scared and I am concerned. I can tell you lots of things that could happen behind those walls, things that would make anyone cringe. You ask me to trust you with my children. How can I, when I find out that the counselors are aware of multiple children who are cutting or using some other form of self-harm?”

Menko on May 23 sent a preliminary letter to nearly two dozen school system staff, including Superintendent Jody Barrow and school board member Leonard Presberg. Menko said the only response she received was from Barrow.

A portion of Menko’s May 23 letter said, “It has been brought to my attention that there are many children in Fayette County in need of support services in regards to mental health, depression, self-harm, and life skills. I received this knowledge by way of (one of my children) who showed me two pictures last night. We have a problem in our school district (yes, it is nationwide) that needs to be addressed. Self-harm, depression and suicide have been glorified in the media. It should be our responsibility as parents and educators to teach the children coping skills and resilience. And to help them form bonds with teachers, parents, mentors, etc. In the seven years my children have been within the district, I have received a total of one email with information regarding this.

Barrow responded to Menko’s May 23 letter, saying, “We do recognize the growing concern regarding Social, Emotional Learning (SEL) and the need to increase supports for students. There are a number of issues you mention in your correspondence that we do not control; however, I would want you to know that with the things we can control, the district is being proactive in addressing our school based climate and culture and the negative issues you mention.”

At the May 30 meeting and noting Barrow’s letter, Menko said, “In your response, you talked about your ratings regarding Climate and Cultures and Positive Behavior and Social Emotional Learning. As a mother, on this issue, that didn’t mean much to me. You see, I have taught Social/Emotional Learning Strategies for years. And when you have classrooms with upwards of 30 kids in them, it is not feasible for a teacher to implement the strategies. The teachers are doing their best but they are limited. And it isn’t their fault. Shoot, my daughter’s middle school has over 1,000 students and two counselors. If you think that is adequate, you are part of the problem.”

Menko at the close of her public comments said that, one way or another, the issue of cutting will be addressed.

“I’ve always told my children, if they bring me a problem, they need to be able to suggest a solution. There is one thing that you can rest assured will happen,” said Menko. “This issue will be addressed. It is your choice if we do it in cooperation with the school district or in spite of the school district’s disinterest. I will make sure of it because I don’t know what your acceptable limit is for children hurting themselves, but for me, one cut is too much and needs to be addressed.”

According to Association for Supervision and Curriculum Development in 2010, approximately 14 to 17 percent of children up to age 18 have deliberately cut, scratched, pinched, burned or bruised themselves at least once, with 5 to 8 percent of adolescents actively engaging in this behavior.

More recently, a November 2017 report from healthline.com noted that, “The Journal of the American Board of Family Medicine estimates that 1 to 4 percent of adults and approximately 15 percent of teens in the United States engage in self-harm. College students appear to be the group at the greatest risk with rates ranging from 17 to 35 percent.”

As noted in her initial letter, Menko hopes to hear from the school system on ways to begin formally addressing self-harm.