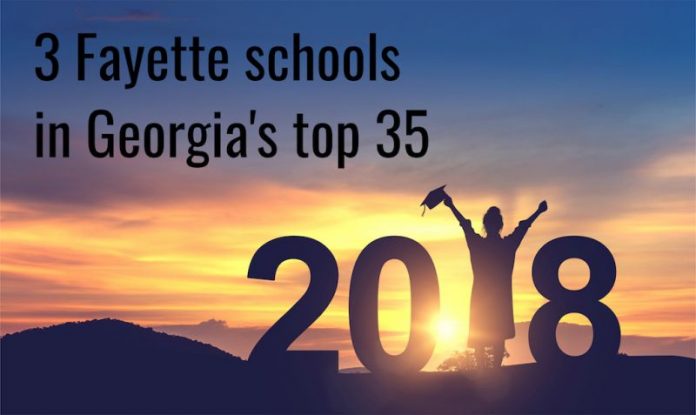 The annual U.S. News and World Report ranking of the Best High Schools in the United States is out, and three of the five high schools in Fayette County made the list.

The ranking shows the schools considered to be among the best in the nation for preparing students for college and careers, she said.

“All three schools received silver medals. Medals of gold, silver and bronze are awarded to schools based on their academic performance on state assessments, graduation rates, and how well they prepare students for college,” said Berry-Dreisbach. “Only 3,237 high schools out of more than 20,500 nationwide received a medal. Just 10.8 percent of the schools earned silver medals.”

Berry-Dreisbach said both national and state rankings were also assigned to the schools. On the national list, McIntosh High is ranked 576, Starr’s Mill High is ranked 840, and Whitewater High is ranked 1,325 out of more than 20,500 schools eligible for ranking.

A four-step process was used to determine the Best High Schools. The first three steps ensured that the schools serve all of their students well, using their performance on math and reading parts of their state proficiency tests and their graduation rates as the benchmarks. For those schools that made it past for the first three steps, a fourth step assessed the degree to which schools prepare students for college-level work.