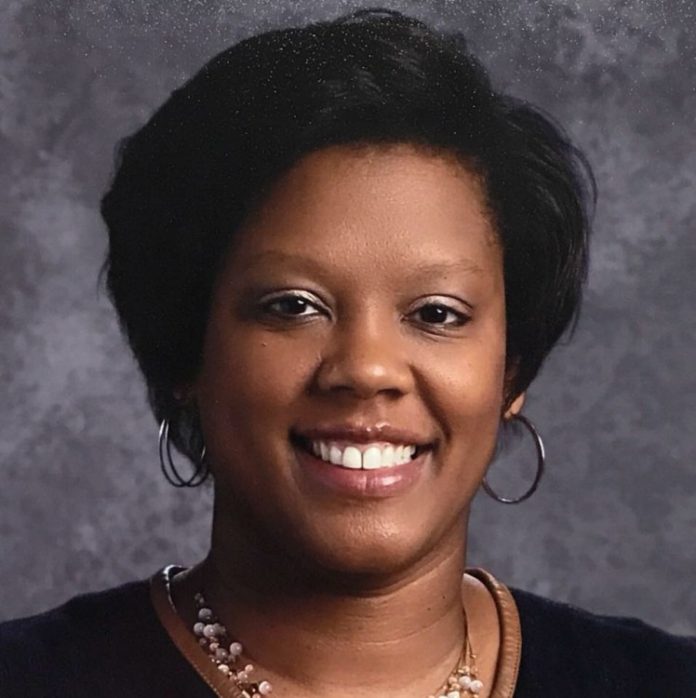 A mother and son shared a special moment at the All-American Bowl when the announcement was made that Dr. Myra Rhoden had been named the 2018 National Band Director of the Year by the National Association for Music Education.
Dr. Rhoden, band director at Fayette County High School, was at the bowl to watch her son, Errol, who also happens to be one of her students, perform during the halftime show as a member of the U.S. Army All-American Marching Band when her name was called as the winner.

The National Band Director of the Year Award honors the band director who has been an inspiration to students and music educators, and who by his or her actions, embodies the U.S. Army’s core values.
“Dr. Myra Rhoden makes an impression on those that she meets by demonstrating the qualities of a true leader and mentor. Her dedicated and passionate group of students at Fayette County High School have performed in both national and international venues, and have been finalists at Bands of America Regional and Super Regional Championships,” says Denese Odegaard, president of the National Association for Music Education (NAfME).

In addition to overseeing Fayette County High School’s band program, Rhoden is the founder of the Athena Music and Leadership Camp, a summer band and orchestra camp for middle and high school-aged girls that promotes musical excellence while emphasizing self-esteem and leadership skills; and the New Notes Band Camps, summer day camp programs for middle school musicians in the metro Atlanta area.

Although Rhoden has been a music educator for 24 years, she says she continues to learn and find ways to grow her skills as a band director so that she can help her students excel in music.
“I continually appreciate opportunities to enhance my development as a band director. I always try to identify ways to improve my teaching skills as well as find techniques that will assist my students in accomplishing their musical goals, while strengthening and building their musical interests,” she says.

The National Band Director of the Year Award, now in its eighth year, was added to the U.S. Army All-American Marching Band program as part of its efforts to acknowledge the contribution of music education to the development of America’s youth.