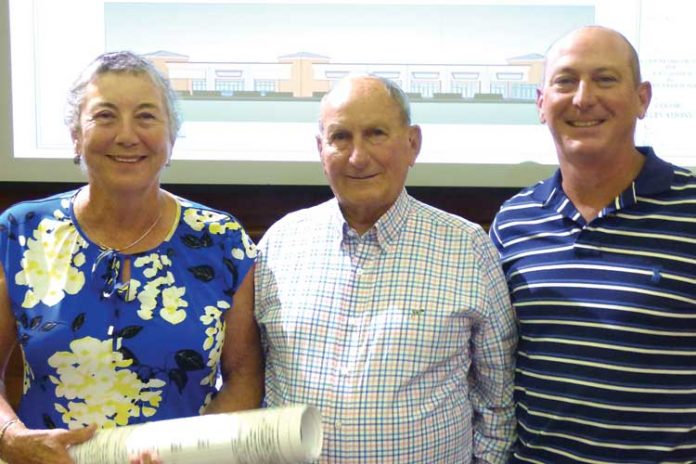 One of Fayette County’s oldest continuing retailers, J&R Clothing in Fayetteville, is building a new location on Ga. Highway 54 a few blocks west of downtown. Initial plans were presented at the June 27 meeting of the Fayetteville Planning and Zoning Commission.

Commissioners at the meeting heard a conceptual review of the proposal to construct a 22,000 sq. ft. retail building near Grady Avenue and immediately west of the BP station.

The new building will include space for the long-time clothing store and several smaller retail storefronts. J&R for years has been located on Ga. Highway 85 North.

The proposal may require a highway buffer variance due to the quantity of wetlands existing at the rear of the property which requires the building to be situated closer to the road.

The proposal could be presented for a vote at the July meeting.