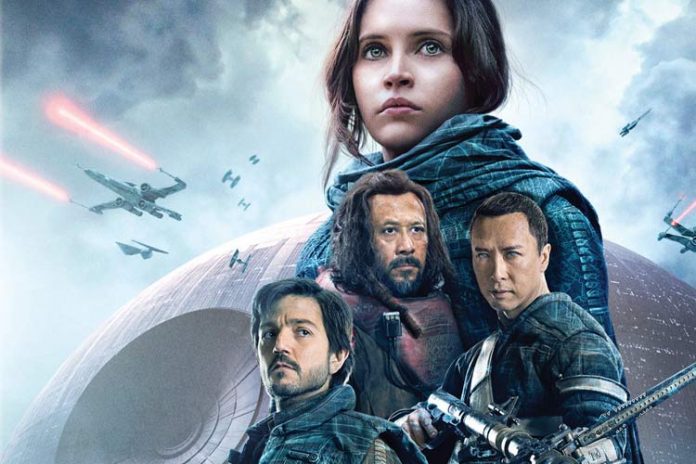 “Rogue One: A Star Wars Story” (2016), set in a galaxy far, far away, will land at Zac Brown’s Southern Ground Amphitheater in historic Downtown Fayetteville July 8th as part of the ‘Spotlight Series’ of free outdoor screenings, presented by Pinewood Atlanta Studios and Main Street Fayetteville. Gates open at 7 p.m. with the movie commencing at sundown. Guests are invited to bring their own lawn chairs and blankets. Small coolers and picnic baskets of food and drinks are permitted, though concessions, including beer and wine, will be available for purchase at the amphitheater.

“Rogue One: A Star Wars Story” (2016) was filmed at Pinewood Studios in London, England, using nine sound stages and the Paddock Lot. Released in Dec. 2016, the film, according to Internet Movie Database, has garnered 11 industry awards and has been nominated for a total of 75.

Even non-Star Wars fans are likely to enjoy the film!

Visit fayetteville-ga.gov and the city’s Facebook page @fayettevillega.gov to learn about movie nights, concerts and other events. For amphitheater information, visit southerngroundamp.com.