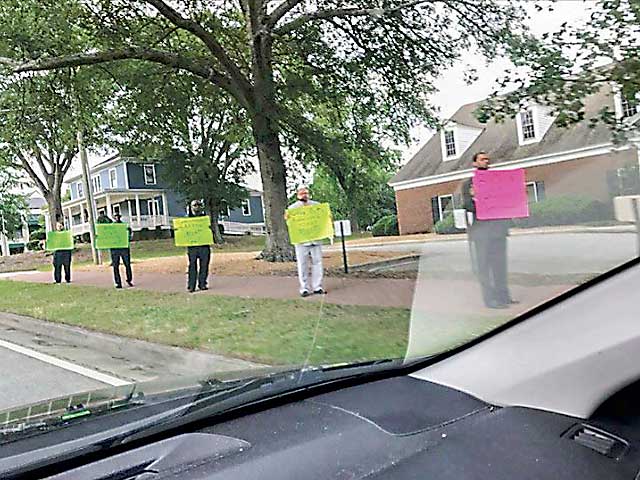 It is a rare event to have protesters in Fayette County, especially at the school system central office. Yet that is what happened on June 1. Attempts to contact the protesters was unsuccessful.

Asked by The Citizen who the protesters were and what agenda they might possess, Superintendent Jody Barrow said, “The group did not ask to speak with me. I think (perhaps) the group was from MACE. I am guessing, but I suspect the issue may have to deal with a personnel issue that we have had to address this week. Of course, I can’t really comment on that.”

The several protesters held signs saying Barrow and several other administrators “must go,” calling Barrow a “weak-a**” superintendent and saying, “No to sexual harassment.”

A call by The Citizen to MACE (Metro Association of Classroom Educators) in an attempt to verify if it was the organization at the school system office was not returned.

The MACE website, www.theteachersadvocate.com, lists the organization’s address as being located on Carnegie Place in Fayetteville.