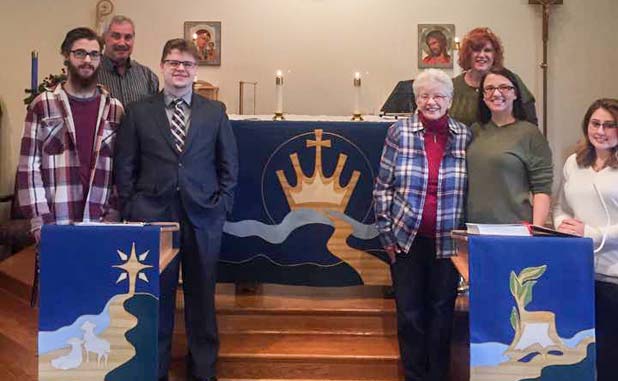 New paraments, or altar coverings/hangings, were dedicated at The Cathedral of Christ the King in Sharpsburg during the Advent season.

In 1998 his wife, Karen, purchased paraments in his honor for the church. Since the church met in borrowed facilities for the first six years, all of the paraments saw extensive use and wear.

Now, almost 20 years after those paraments were purchased, the church bought new Advent paraments and placed them in the church in memory of Tom Hennessy and in honor of his family. Christ the King’s Bishop David Epps dedicated the new cloths.