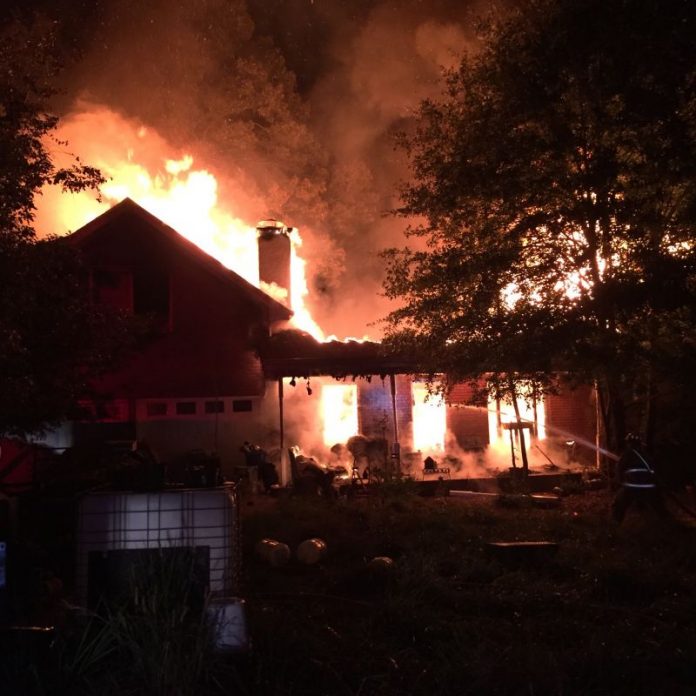 No one was at home in the early morning hours of Aug. 17 when fire destroyed a home at  313 Porter Road off Ga. Highway 85 South and resulted in one firefighter being treated for heat exhaustion.

There are no hydrants nearby so three tankers and one pumper were used to transport water to the location, Bartlett said.

Sheriff Barry Babb said no one was home at the time of the fire, adding that the homeowners were notified and arrived at the scene.

One firefighter at the scene was treated for heat exhaustion, Bartlett said.

Bartlett said the fire is under investigation.