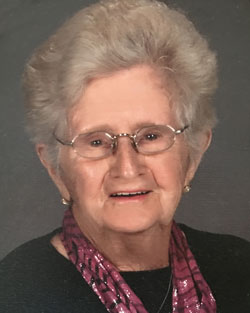 She was preceded in death by her first husband Thomas R. Quinn and her second husband Glenn Zimmerman, both from the Boston Township in western New York State.

Dottie was a child of the Great Depression and never allowed her early upbringing in near poverty conditions cloud her positive attitude and determination to accomplish more in her lifetime. She believed you could accomplish whatever you wanted in life if you put your mind to it. Overcoming the adversity of a disabled child, the early death of her high school sweetheart/first husband Tom Quinn and similar obstacles with a fierce determination, she learned to drive a car and play golf at age 48. While serving out the remainder of the term of councilman on the Boston, N.Y. Town Council that her husband Tom Quinn had occupied before his untimely death, she met and subsequently married Glenn Zimmerman. Glenn not only introduced her to golf, but also to his tradition of wintering in Florida. They spent winter months in Zephyrhills, Fla. playing golf and selling sand pictures at craft shows. Glenn and Dottie were married for 25 years before he passed away. Her friend, Carlton “Dusty” Rhodes had become widowed at the same time and, as neighbors in Florida, they began a relationship and were eventually married. They moved into a lovely home on a golf course where they continued to play golf and travel extensively during their first few years of marriage. They moved to Peachtree City Ga. in 2012 and resided at Arbor Terrace, an independent senior living facility.

While in Florida, she loved working into her 80’s at Beall’s; was honored for 400 hours of volunteer service at Zephyrhills Florida Hospital; developed into a better than average golfer and outstanding putter shot an 82 when she was 82 years of age; was a passionate card player, excelling in pinochle and euchre; was a great cook and loved having a good time.

As a result of her three marriages, she touched many lives and many people in the Quinn, Zimmerman, and Rhodes families who all still refer to her as grandma Dottie.

A Celebration of Life ceremony will be held at Arbor Terrace, 201 Crosstown Drive, Peachtree City Ga., 30269 on Saturday, August 27, 2016 at 3 p.m. Dress is casual for the service. In lieu of flowers, the family requests that a donation be made to the Epilepsy Foundations at www.epilepsy.com.