Fayette County and its cities propose to spend nearly $8 million of a new local option sales tax on a school-system-run performing arts center, whose construction cost is estimated at $40 million. The school system will spend another $6.5 million out of its operating budget as its share of the costs and have first dibs on the facillity 40 percent of the time.

The PAC, its purpose and funding will be unveiled publicly for the first time at the Fayette County Commission meeting this coming Thursday night. It’s the commission that must vote for placing the SPLOST referendum on the November general election ballot for city and county voters to say yes or no.

The PAC will be located in the Pinewood Forrest development near Pinewood Studios off [CORRECTED] Veterans Parkway in Fayetteville. That project is owned mainly by Chick-fil-A scion and CEO Dan Cathy, a Fayette County resident.

Proposed by Fayette County staff: a six-year special local option sales tax of 1-cent on each dollar of retail sales. A portion of the SPLOST is proposed to be allocated for the Performing Arts Center.

Here’s the information provided for the Thursday meeting:

“The Fayette County Board of Education has made significant headway in developing a project scope; operations; and are willing to contribute $6.5 million and assume ongoing operations. Unresolved issues of ownership, location, etc., are pending but they have a firm understanding of the short timetable required to resolve these issues, educate elected officials and residents in order to make this project viable. Each municipality would make a contribution towards this signature project under a six-year SPLOST based on the distribution below:
Fayette County — $3,555,559
Peachtree City — $2,501,006
Fayetteville — $1,160,420
Tyrone — $500,635
Brooks — $38,159

Here’s the description of the Performing Arts Center, its funding, governance and site:

Mission and uses — Hybrid civic/commercial model which is predominately a civic venue model focused on the needs of the Fayette County Public Schools and other civic activities, but with an identified goal to book revenue-generating, touring Broadway plays and other national caliber performances.

Managed by an experienced professional operations manager who has a documented record of success for attracting targeted high-profile acts to a facility they have managed recently.

Ownership and governance: based on the public private interests, employing a 501(c)3 non-profit model for governance.

Programming capabilities (square footage) is the primary driver of cost. Finishes and added amenities can be increased or decreased as budget permits. Tight cost controls will be crucial, just as in any project. Any potential overruns will need to be financed or declined.

FCBOE as principal owner and majority user of the PAC will have the ultimate responsibility of providing any shortfall from operations.

The purpose if revenue is greater than expenses: accomplish mission “while at least breaking even financially.” “It will be important to establish a long-term endowment for the facility from the outset to provide a strong basis for long-term stability and sustainability.”

“During the first five years of operations, retained earnings should be directed to the endowment to begin to build that strong foundation.” After that, the governing board will decide how to invest or equitably distribute any retained earnings to Fayette County and Fayetteville for lost taxable dollars.

Overall design: “The ‘Village Square’ area of Pinewood Forrest involves collaboration among some of the finest architects and town planners in the country. As the various elements of Village Square complete design (i.e., hotels, multi-family units, Georgia Fim Academy expansion, retail, office and wellness/fitness center), those architects and planners will carefully craft solutions to parking to accommodate all users.”

“Ingress/egress on busy days/nights will be accommodated temporarily with parking at Pinewood Studios to augment existing parking both beneath and adjacent to PAC.”

Long-term parking solution for PAC is being studied. 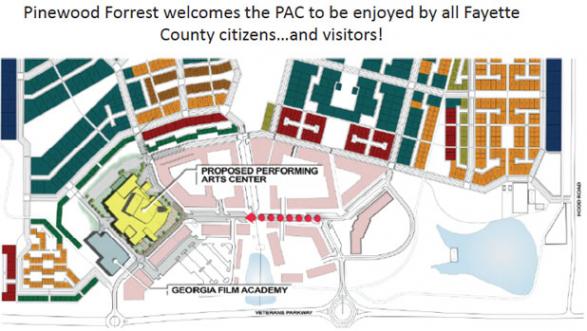 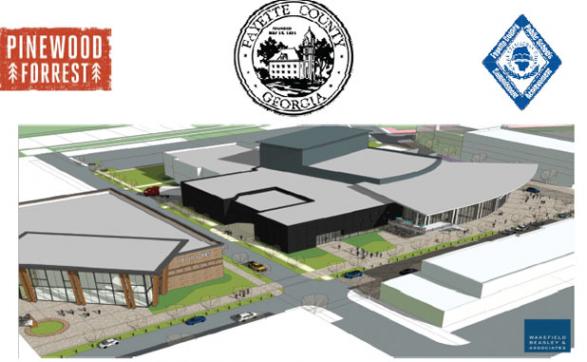 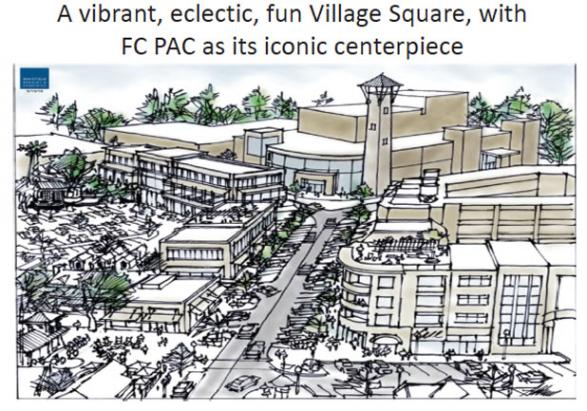 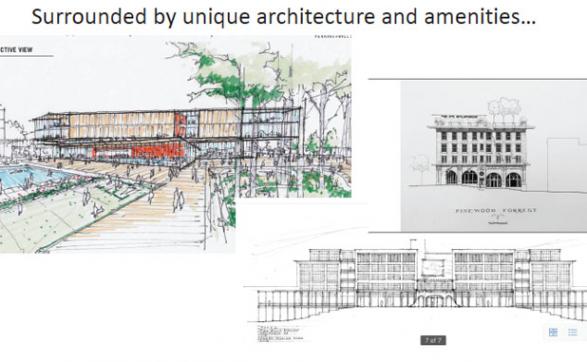