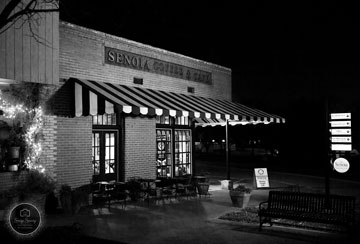 Judge Thompson has received a number of professional and community awards. Judge Thompson was re-appointed as the State Court Representative to the Chief Justice of Georgia’s Judicial Council Access, Fairness, and Public Trust and Confidence Committee. After serving as Chief Judge of the Trial Advocacy Board, he was asked to serve on the Order of Barristers. He was elected by his peers to serve as President of the Fayette County Bar Association. After serving as coach of the Fayette County High School and McIntosh High School mock trial teams, he served as Statewide Chairman of the High School Mock Trial Program.

Most weekends, you can find Judge Thompson at the soccer fields either coaching or refereeing local youth games. He is a Commissioner for Georgia Soccer Officials Association. Judge Thompson and his wife, Alisha, have three children, and reside in Fayetteville. They attend Fayetteville First United Methodist Church.

With the recent formation of the Fayette County State Court DUI Court in January 2016, Judge Thompson created the first accountability court in a State Court in the Griffin Judicial Circuit.