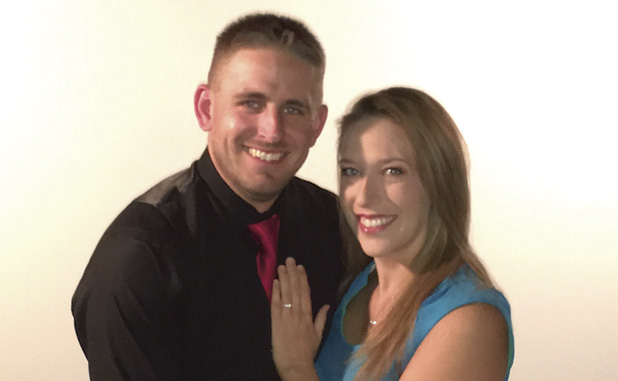 Joshelin is a graduate of Georgia College and State University and is an office manager for a local real estate company.

Sean is the son of William and Deborah Heaton of Peachtree City. He is a graduate of West Carolina University and received a master’s at Kaplan University in international relations and counter terrorism. He served in the U.S. Navy as an engineer, Convoy Security Element. He is currently employed at Moduloch as a market manager.

A July wedding is planned.