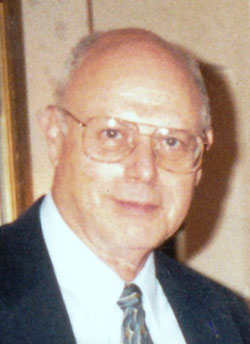 Richard Saboda passed away Wednesday morning, April 13, in Fayetteville, Ga. at the age of 75.

Richard is survived by his daughters, Barbra Rose of Loganville, Ga.; Carol Saboda of Fayetteville, Ga.; and Nancy Torres of Marietta, Ga. He is also survived by his four grand-children: Ben Rose, Rafael J. Torres, John Rose, and Nicole Torres. He is preceded in death by his wife of 52 years, Lois Joan Saboda.

Richard was born on August 9, 1940, in Brooklyn, N.Y., to John and Helen Saboda. After being a member of the Civil Air Patrol during high school, he attended aviation school and worked at LaGuardia Airport. There, he met and married his wife, Lois Boyer, in 1961. After having their daughters, the couple moved to Florida after Richard secured employment with Northeast Airlines and then finally moved to his present home in Fayetteville where he worked for Delta Airlines for another 20 years.

After his retirement from Delta, Richard renewed his relationship with the Civil Air Patrol, this time with CAP Squadron GA116 out of Falcon Field. The squadron recently promoted him to the rank of Major. Richard was also a past master and current member of Fayetteville Masonic Lodge #711. He was a faithful and active leader in both organizations and his contributions to them will form part of his legacy.

In lieu of flowers contributions may be made to the Fayetteville Masonic Lodge #711 Student Scholarship Fund (the lodge’s address can be found at https://www.facebook.com/Fayettevillelodge711/info/?tab=overview ).