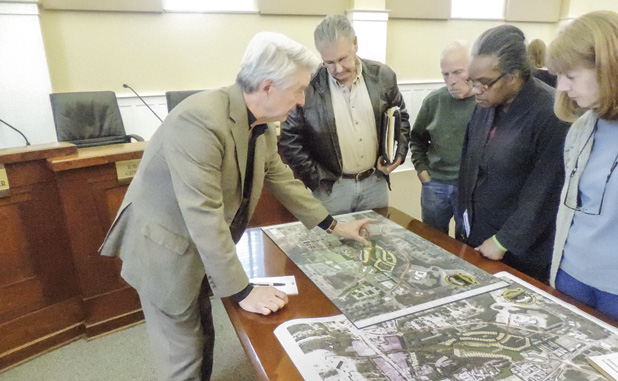 How do we attract and keep millennials? Fayette County Chamber of Commerce CEO Carlotta Ungaro has thoughts about that, as well as The Citizen’s John Thompson.

Leaders from across Fayette County are set to meet Monday to try and devise a way to stop the hemorrhaging of the millennial population to other areas.

The U.S. Census Bureau defines millennials as the country’s youth born between 1982 and 2000, roughly those people between the ages of 16 and 35. In 2014, an analysis of 1,800 U.S. counties by RealtyTrac.com showed Fayette County as having the nation’s highest rate — 31 percent — of young adults leaving Fayette for greener pastures.

RealtyTrac analyzed census population data between 2007 and 2013 in more than 1,800 counties nationwide to discover which markets are seeing the biggest shifts in the millennial population. The analysis further focused in on the top 10 counties for increases and decreases in millennials.

Monday’s Fayette Forward, in cooperation with Fayette Visioning, meeting is featuring several discussion items focusing on millennials including planning growth for the group, along with an item on what moves millennials and new generations.

“The millennial generation is the key to a sustained real estate recovery and boomers who are downsizing are helping open the door for many first time homebuyers while also driving demand for purchases and rentals in the markets where they are moving,” said Daren Blomquist, vice president of RealtyTrac. “Naturally, millennials are attracted to markets with good job prospects and low unemployment, but that tend to have high rental rates and high home price appreciation, while boomers are moving to lower populated areas which have slower home price appreciation.”

Fayetteville is currently in the middle of creating a new master plan for its downtown that is more centered on drawing the coveted age group back to the county.