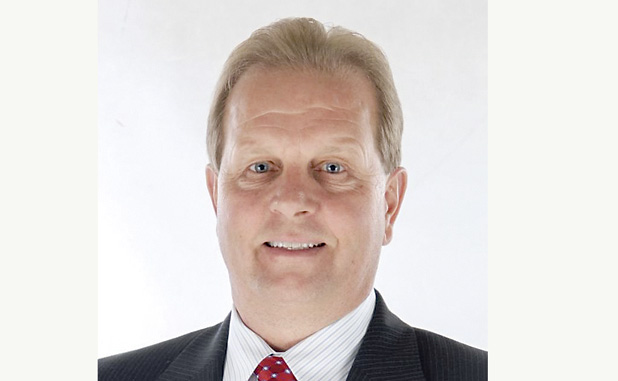 The decision by Congressman Lynn Westmoreland not to seek re-election led to Jonesboro business owner Chip Flanegan announcing that he will run as a Republican candidate for the Georgia 3rd Congressional seat. Flanegan responded to several questions posed by The Citizen.

Other Republican candidates have responded to the questions. The Citizen will publish those responses at in subsequent editions.

The six questions asked of the candidates included:

1. Give a brief background description of yourself.

“I grew up in a military family on bases in the U.S. and overseas, starting high school in Georgia then attending Baptist University studying Theology and Business. Dad encouraged me that to be financially successful, I needed to find a business that fit my God given gifts and talents and own it. The financial climate was terrible, interest rates more than 18 percent, inflation 14 percent and unemployment of over 7 percent. It was easier to open a business than get a job.

“In 1980 at 22, I started a rental store in Jonesboro that I have owned and managed through a tornado in 1985, a devastating fire in 1988 and every market crash since. I watched as other larger, older rental stores filed bankruptcy and should have learned the lesson of debt and risk watching them. The fire destroyed the leased building leaving me so hopelessly in debt that my banker told me to file bankruptcy. The employees and I worked to build my own building and pay off all the debts. I have stayed debt free, which takes fiscal discipline, and that is what we need in Washington.”

2. What sets you apart from Lynn Westmoreland?

“The major difference between Lynn Westmoreland and myself is fiscal discipline. The national debt has doubled during his term in office and Lynn voted for it. The majority of that increase was because the establishment Republican leadership decided to give in to the Democrat demands. That policy of reckless spending has made the U.S. the biggest debtor nation ever with every persons part of the federal national debt being $58,237.

“In Proverbs it says ’the borrower is slave to the lender.’ The second part of fiscal discipline is on display when looking at his federal election filings. You will see millions of dollars in out of district corporate campaign contributions, and millions in personal and business debt in his disclosures. When you look at my campaign filings you will see I am debt free and not a slave to any institution. This allows me to serve the people of the district with no conflict of interest. There is only one way to get out of debt and that is fiscal discipline.”

3. Are you conservative or liberal in the areas of fiscal accountability and social issues?

“I am very fiscally conservative even to the point of being libertarian on fiscal matters. The government should have a balanced budget and begin getting the 19+ trillion dollar debt paid down if there is any hope of keeping the promise of Social Security and Medicare to all that have dutifully paid into the system. The revenue source for both of the aforementioned programs are now inadequate to supply the current and future recipients. On crony capitalism the government should only insure an even playing field for fair competition not create winners or losers with the tax money taken from others. I am conservative on social issues, pro life and believe the federal overreach in marriage is not Constitutional. I also believe in the first right of self defense embodied in the 2nd amendment.

4. What sets you apart from the other candidates?

“A 35-year record of owning and managing a successful debt free small business. The dealing with different tax and compliance issues that are just a normal part of the day to day operations in a small business. As a pilot, I flew an attorney around the country doing constitutional law for a few years. Sitting in courts and watching individuals stand up and demand that the constitution be followed was very instructive and eye opening. It helped shape my worldview.”

5. Who do you listen to and whose opinions do you respect in your private circle?

“In matters of respected opinions, Adam Smith on economics, author of ‘The Wealth of Nations.’ Fredrick Hayek on socialism, author of ‘The Road to Serfdom,’ Lawrence Wright on the Middle East problems, author of ‘The Looming Tower.’ I read comprehensive well respected books written on the subjects to gain a deeper understanding.”

6. Speak on your personal beliefs in whatever way you deem most significant and how those beliefs figure in to your candidacy.

“On matters of belief or faith I was raised in a very honest, moral home but not very religious until we moved to Georgia. A friend invited me to a high school youth group were I heard for the first time the good news of Christ and His sacrifice for me. That life-changing event influenced every family member as they all came to a saving relationship with Jesus. My choice (was) to attend Baptist University and study Theology. My siblings and I have all done mission work in this country and overseas. I actually met my wife when on a short term mission in the former Soviet Union. We have been married over 12 years and have two daughters.”