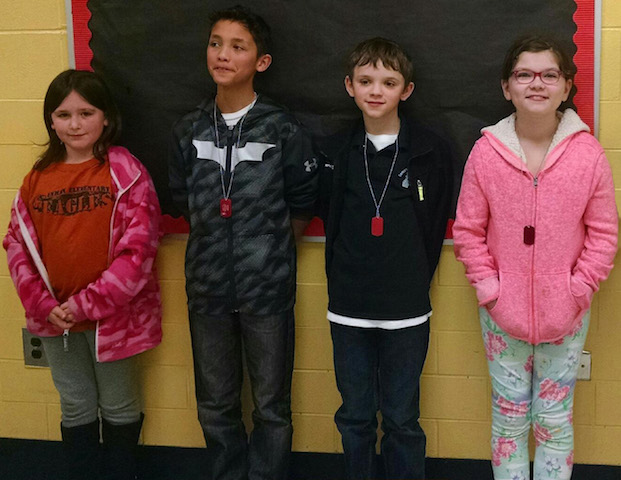 Die-hard members of the Inman Elementary Chess Club rarely miss competing in monthly tournaments where they not only play against similar aged peers, but older students and adults as well.

They are regulars at the Clayton County Chess Tournament, which takes place on the first Friday of each month at Jonesboro High School. Inman’s chess team members have been winning medals left and right since the start of the school year, and have already racked up seven more since the beginning of January. One team member, Bryce Bennett, earned enough first place victories to take her from the beginner’s level up to intermediate. She placed first in the beginner’s level in November, December, and January. Those wins earned her intermediate status for the February tournament, where she placed third.

Teacher Charlie Harper started the Inman Elementary Chess Club three years ago. The club’s mission is to create enthusiasm for the game, and provide opportunities for students to learn to play chess on a regular basis. Chess teaches students the skills of planning, decision-making, patience, and discipline while also strengthening their confidence levels.

Now that team members have been playing locally for the past three years, they are looking to advance beyond area tournaments, and have their sights set on the 2016 National Elementary (K-6) Championship in May that is hosted by the U.S. Chess Federation in Nashville. Prior to that competition, they are also looking at participating in another large tournament taking place this April in Atlanta.