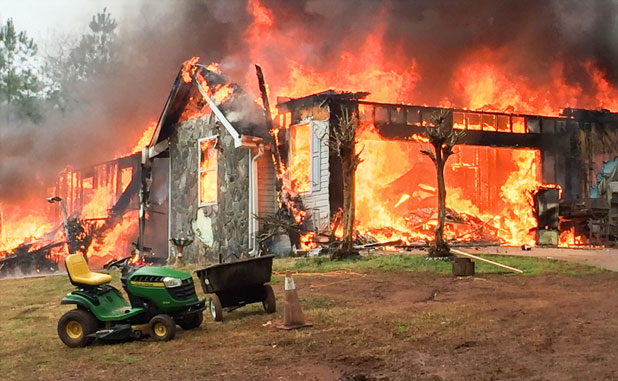 A Feb. 1 house fire at 517 Senoia Road in Tyrone resulted in no injuries but left the home a total loss.

FES Chief David Scarbrough said four of the 11 related family members were present when the fire occurred. All of them had evacuated the house by the time firefighters arrived, Scarbrough said.

The home was a total loss, Scarbrough said, noting that flames were through the roof when the first units arrived.

Scarbrough said there were several pets at the residence, some of which may have been lost in the fire.

The fire marshal was at the scene to determine the cause of the fire. Scarbrough later Monday said a preliminary assessment includes the possibility that the fire started with a heat lamp on the back porch being knocked over. Scarbrough was told the dogs had knocked the heater over on a previous occasion.

The Red Cross was contacted to assist residents with housing.