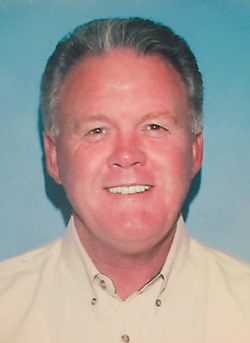 Cecil Alexander Pittman, 68, of Fayetteville, GA, passed away Saturday, January, 2, 2016.  He gave up his long fight against Lewy Body Dementia and went home to be with the Lord early that morning.

Cecil enlisted in the USMC, serving two tours in Viet Nam from 1966 – 1969 and received the “Outstanding Marine Award.” He then joined Delta Airlines Dec. 1969 – retiring in May 2000 as Manager of Operations. He remained at the airport managing contract companies until Nov 2002. He was then employed by Carolyn Ford (which would become Alan Vigil Ford) as a Sales Consultant, later on being promoted to Customer Relations Manager until his position was eliminated in 2008 due to adverse economic conditions.  He worked briefly as a consultant with Delta Global Services in 2009.

Cecil was very active in the community, serving on several different boards, including Fayette Senior Services and the Fayette County Chamber of Commerce. He received the Ambassador of the Year in 2007. He also served as a Bailiff for the Fayette County Sheriff’s Dept. for a brief time from 2011 – 2012 until being diagnosed with LBD.

Working in the garden at Fayette Senior Services Life Enrichment Center was a delight of his as he had a passion for lawn work for as long as he was able.  His favorite pastime seemed to be interacting and engaging with “people.”  He loved everyone he met.  He and his wife, Trish, enjoyed ballroom dancing and line dancing together for many years. Cecil even loved to sing Karaoke at their monthly dances at the Log Cabin in Fayetteville.   He participated in the church choir at Community Bible Church in Stockbridge, where they have been members for many years.

A memorial service will be held January 16, 2016 at 2:00 PM at Harp’s Crossing Baptist Church, Fayetteville. Those wishing to express their sympathy, the family suggests memorial contributions be made to: Southern Grace Hospice – 384 Racetrack Rd., McDonough, GA  30252.