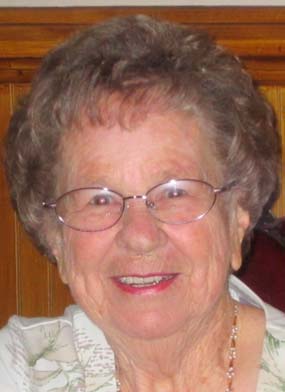 Mrs. Alice R. Talbot, age 93, of Newnan, passed away peacefully from this life on October 21st at her daughter’s home in Senoia.

She was born in L’Ange-Gardien, Quebec, Canada, on March 05, 1922, to the late Emile and Eva Rochon. In addition to her parents, she was preceded in death by her husband, Rosario R. Talbot, who died in 1976. Mrs. Talbot received a Certificate of Merit for her nomination in 1974 as Massachusetts “Mother of the Year.” Upon retiring from Athol Memorial Hospital (Athol, MA) as a nurse’s aide, she was employed as a private caregiver until her retirement at the age of 89. She received numerous notes and letters of appreciation for her dedication and compassionate care provided to her patients. Mrs. Talbot loved spending time with her family, playing Scrabble, and working on jigsaw puzzles.

A Memorial Mass is being arranged by McKoon Funeral Home, 38 Jackson Street, Newnan and will be held at 11 a.m. on November 5th at St. Mary Magdalene Church in Newnan with Reverend Terry Crone officiating. A Funeral Mass will be held on November 10th at St. Mary’s Church in Orange, Mass. with Fr. Bill Lunney officiating. Interment will be beside her husband, Rosario, in South Cemetery, Orange, Mass. In lieu of flowers, donations may be made in her memory to St. Mary Magdalene Church, 3 Village Rd, Newnan, Ga. 30265, where she had been a devoted member for many years.

Mrs. Talbot’s family expresses sincere thanks to the staff of Hospice Advantage for their kind and compassionate care. Online condolences may be expressed at www.mckoon.com. McKoon Funeral Home 770-253-4580.