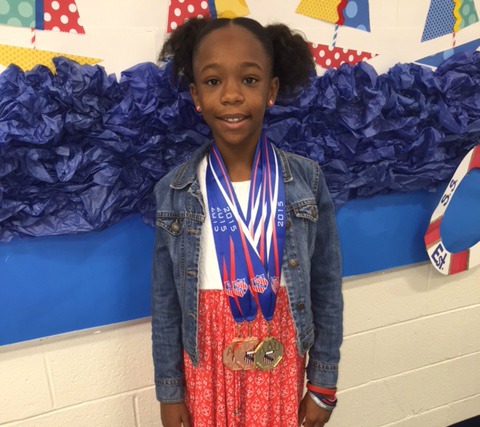 Isis Grant, a fifth-grader at Robert J. Burch Elementary School, competed this summer in the Junior Olympics in Norfolk, Va.

School officials recognized her for these accomplishments.

“Isis understands the values of hard work and perseverance. Isis’ attitude of a champion is a great example and positive role model to other Burch Bears at her school,” according to a school spokesperson. “Burch Elementary is proud of their Junior Olympian and medalist.”