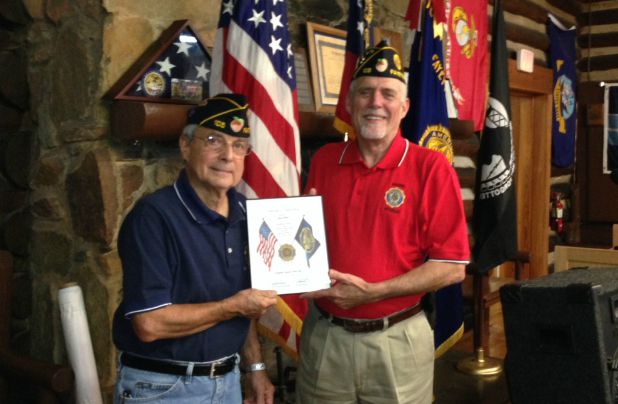 Fayette County Post 105 of The American Legion has announced that Randy Martinez is its 2015 Legionnaire of the Year.

He is seen here being congratulated by post commander Jeff Yeater, right, at the August post meeting.

Martinez, a U.S. Navy veteran, has been a Legionnaire for years and served as his post’s junior vice commander.

Most recently, he has played a key role in major renovations at the Post 105 Log Cabin in Fayetteville where the post meets the second Monday of each month.