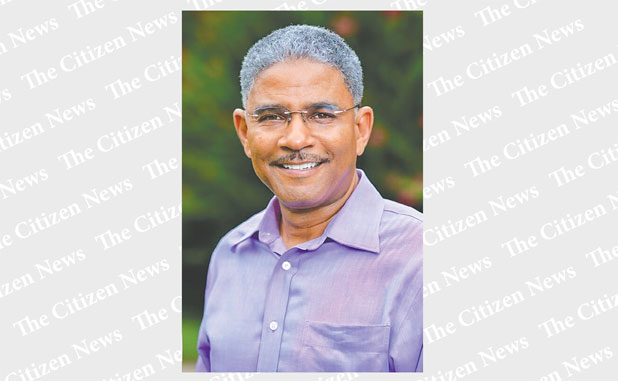 UPDATE: County officials confirmed Friday morning that Charles Rousseau would be sworn in Thursday, Sept. 24, at 7 p.m. just before he takes his seat for his first regular Fayette County Board of Commissioners meeting.

PREVIOUS STORY POSTED 9/16/15 at 9:40 p.m.: A new District 5 representative will seated for the next Fayette County Commission meeting.

Charles Rousseau, 54, who is retired from a series of management positions in Fulton County government, becomes one of the five commissioners heading up the Fayette County government after a landslide victory in the Sept. 15 special election to fill the vacancy created by the death of Pota Coston in July.

The vote was never in doubt from the first tally of absentee and early votes Tuesday night. Rousseau, a Democrat on the officially non-partisan ballot, beat out challenges from two Republicans, Angela Bean and Peyton Riley.

With the nine precincts in the court-created majority-minority District 5 counted by 8:30 Tuesday night, Rousseau took 70 percent of the vote (2,268) to Bean’s 20 percent (650) and Riley’s 10 percent (312). Voter turnout was about 20 percent of the registered voters in that district.

Because the election was held to fill a vacancy, Rousseau was scheduled to be sworn in immediately.

It’s not his first foray into Fayette politics. Rousseau ran as a Democrat in an unsuccessful bid for a commission seat in a special election in 2006. That race was referenced in the district voting lawsuit brought by the NAACP.

Rousseau is a 22-year resident of Fayette County and former member of county library board, school board construction committee and race relations committee. He served in numerous positions within Fulton County government.

In a forum before the election, Rousseau stated his positions on several local issues, as reported in The Citizen.

BICKERING ON THE COUNTY COMMISSION

Rousseau said commissioners should treat each other like family.

Rousseau said that mass transit was not feasible but interconnectivity without it should be studied.

“I don’t think our infrastructure will currently accommodate mass transit, but we do need to look at some interconnectivity as it relates to getting people out of their cars. As seniors, pretty soon we won’t be as mobile and so we need to look at getting them to the seniors center and doctors appointments,” said Rousseau. “There needs to be some discussions held and planning to look at how we can be interconnected without the mass transit that MARTA would bring.”

“Seniors are the most valuable resource we have in the community. (With) their experience, they are knowledgeable. They are active and they are involved.”

Rousseau said it is critical to maintain and enhance a variety of services for seniors.

Rousseau said he supports businesses in the community, yet the business base should be grown. The community must come together to attract and promote additional businesses by a variety of marketing methods. That effort also includes working with existing businesses, Rousseau said.