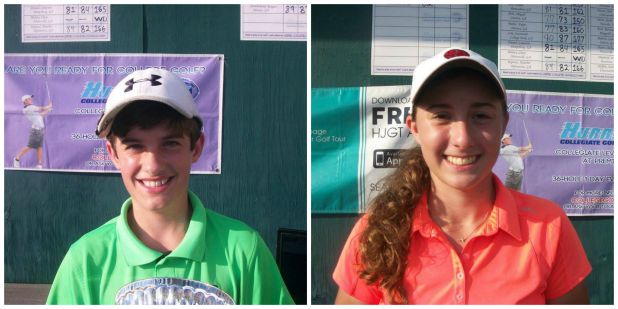 Andrew Garger of Sharpsburg took first place in the boys 11-12 division after coming out Saturday and shooting an even-par 72 in the first of the two rounds of the event. Houston Lawson of Peachtree City finished second with the help of two birdies each day.

In the girls 15-18 category, Ivy Shepherd of Peachtree City followed up her first-round 76 with an even more dazzling 71 to record the lowest total score of the entire tournament and win her division.

Luigi Phillips of Peachtree City came in second in the boys 13-14 division with a Saturday score of 74 and a Sunday round of 78.

Winners in all five age divisions receive an automatic bid to the Tour Championship Dec. 5-6, and the top ten finishers also received points towards end-of-year honors, which include state teams, all HJGT teams, and the Hurricane Cup.