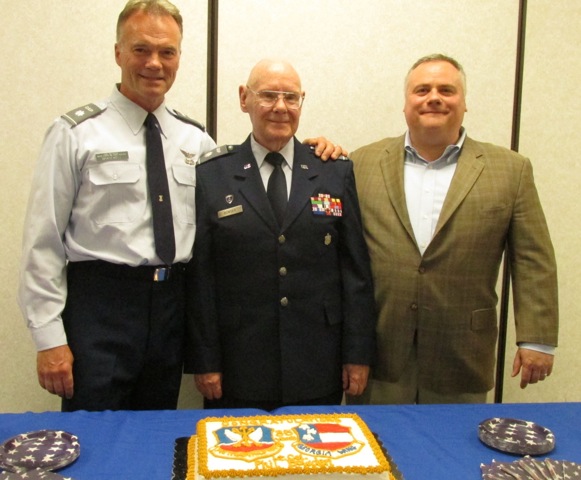 The Peachtree City Squadron of Civil Air Patrol held a celebration June 4 honoring 76-year old Lt. Col. Philip Bowden of Newnan for his 35 years of service in the all-volunteer organization.

“Phil is a great American and made a difference in my life and everyone else’s.  He is a friend, boss, leader, and just a well-rounded individual,” according to Boe’s statement.

Bowden expressed his thanks to the squadron members of 50 cadets and 65 senior members and wished for them “all the friendships and adventures” he had had in Civil Air Patrol.