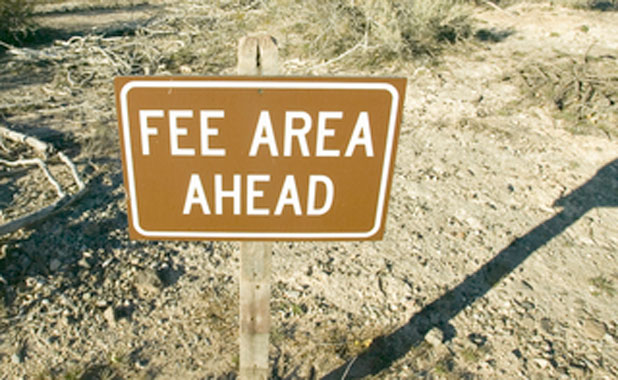 The Fayette County Board of Commissioners finalized two items from previous agendas at its May 28 regular meeting with considerably less debate than when they were previously brought up.

The issue of park use by local businesses and their employees was wrapped up as the board approved a two-year decal charge at $1 per decal to allow businesses to use Lake McIntosh Park and Lake Horton Park on weekdays.

At the April 23 meeting the commissioners approved the overall use guidelines for Lake McIntosh Park, setting the allowable times between 8 a.m. and 5 p.m. weekdays through the use of a decal to be purchased at cost from the county. Those employees who come to the park on weekends from outside the county would pay a $5 fee, and there would be the option of purchasing a $50 annual pass.

County staff came back this time and asked for an arrangement that would include both parks to provide more consistency and reduce the administrative burden.

Carlotta Ungaro, president of the Fayette County Chamber of Commerce, spoke briefly at the meeting to restate her organization’s position that there be no residency restrictions at the parks. Another audience member made that point as well, suggesting that many Fayette residents use parks in adjoining counties.

Board chairman Charles Oddo suggested getting rid of some restrictions. Commissioner Steve Brown said that he understands these positions but he has heard from a lot of people in Peachtree City who like having some exclusivity for the parks supported by their tax dollars. Businesses are getting a generous break during the week, he pointed out, and local citizens like having it for themselves on the weekends so it is not overcrowded.

Brown stated that overcrowding has already been an issue at another county park, necessitating expansion of a parking lot. He added that if the plan under consideration doesn’t work, it can always be modified.

Commissioner Randy Ognio said he got an email about how packed Lake McIntosh Park was over the Memorial Day weekend, and he wants to make sure Fayette citizens can enjoy the park at those times. “Our citizens deserve the opportunity to get into the park and relax,” he said.

These sentiments were shared by Commissioner David Barlow, who said he thought the plan being considered was a good starting point, as Brown had suggested.

The vote to approve the new regulations passed 4-1 with a dissenting vote from Oddo, who said he does not agree with the weekday schedule.

The other matter brought back from a previous meeting was the preparation of the minutes, and this time it was addressed with virtually no discussion on the board and no comments from the audience.

County staff requested approval to continue recording county minutes as approved in August of 2012. Ognio moved to do exactly that, saying he wanted to see them done the way they’ve been done the past two years. Brown seconded that motion.

This motion was made at the May 14 meeting by the same two commissioners but only three were present at that meeting. Oddo voted in opposition, so no action was taken since board procedure requires three affirmative votes to pass anything.

This time all five board members were present but no one voiced any opposition. Oddo said the issue had been “talked to death” and the board needed to move on. The motion passed unanimously.

The consent agenda for the meeting included emergency replacement of a high-band E911 antenna, the reappointment of Deputy Fire Chief Thomas F. Bartlett and Division Chief Steven G. Folden to the West Georgia Region IV Emergency Medical Services Council for a two-year term; approval of the Tax Assessors Office recommendation to deny the disposition of tax refunds; a $14,368 contract to replace the existing wooden deck at Starr’s Mill; and approval of the radio-controlled sailboat regatta scheduled for Sept. 12-13 at Lake McIntosh;

The board approved a staff recommendation to authorize a task order proposal with CH2M Hill for improvements at the Crosstown Water Treatment Plan in the amount of $442,103. Last year CH2M Hill was named the engineer of record for the facility, a practice that cuts down on the need to go through a request for proposal every time engineering services are needed, which county officials called a “cumbersome” process.

The Georgia Environmental Protection Division recently conducted a sanitary survey of the Crosstown facility and noted the need to rehabilitate the granular media filters, replace the chlorine dioxide generation system and add a new powdered activation carbon storage and feed system. The task order approved by the board authorizes CH2M Hill to provide bid phase, permitting, and construction management services for these tasks.

A representative of the Georgia Forestry Commission addressed the board concerning the Forest Action Plan and other items that the agency felt might serve Fayette County needs.

A public hearing on the agenda to rezone 77.45 acres on Bernhard Road saw no action except for the board’s vote to approve the applicant’s request to withdraw the rezoning petition.