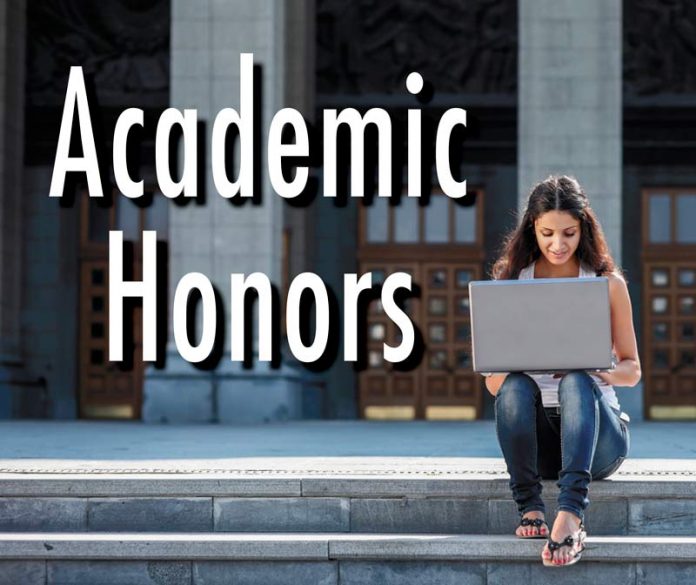 The following local residents were initiated into the Honor Society of Phi Kappa Phi, the nation’s oldest and most selective collegiate honor society for all academic disciplines.

Peyton Roth of Fayetteville was initiated at Armstrong State University;

Andrea Holloway of Newnan was initiated at Brenau University;

James Sennett of Newnan was initiated at Brenau University;

Kelli Borland of Fairburn was initiated at the University of Alabama at Birmingham.

Kendall Parks of Peachtree City was named to the Honor List of Oxford College, the two-year liberal arts division of Emory University.

The following students were given academic honors by Abraham Baldwin College;

The following students earned the distinction of Faculty Honors at the Georgia Institute of Technology. This designation is awarded to undergraduate students who have a 4.0 academic average for the semester.