A once-respected judge’s long-term sexual tryst with a public defender has come back to haunt several victims who believed they had received justice in his court.

An extramarital affair between a local judge and criminal defense attorney has resulted in five defendants being granted new trials in Fayette County Superior Court.

Fayette District Attorney Scott Ballard called the reversals “ripping the scabs off” victims’ wounds as they are forced to face again the men convicted of the crimes against them. More troubling, there’s no guarantee the once-convicted criminals will go back to jail after their new trials.

The Georgia Supreme Court on May 19 declined to reverse a ruling from the Georgia Court of Appeals, which had upheld the new trial ruling from October 2012 granted by Senior Superior Court Judge Harold G. Benefield.

Benefield’s decision was based on the facts that then-Superior Court Judge Paschal A. English presided over four cases in which his paramour — then-public defense attorney Kimberly Cornwell — represented four of the five defendants. The fifth defendant granted a new trial was a co-defendant in one of the cases and was represented by other counsel.

The affair was exposed in spring 2010 a short time after English abruptly resigned from office, as officials confirmed that a Fayette County sheriff’s deputy in October 2008 observed English and Cornwell engaged in a sexual act inside a car parked in a vacant subdivision on the edge of Fayetteville.

The appeals court determined that other evidence showed it was likely the affair continued through August 2009 and perhaps into March 2010, just weeks before the affair was exposed, during a cheeky exchange between English and Cornwell that was recorded in the transcript of one of the trials.

Both Judge English and Cornwell should have notified the defendants of their relationship going into the case, or English should have recused himself, Benefield wrote in his order granting new trials.

“The client is entitled to know, without doubt, that it is his interests which the lawyer is seeking to protect and not those of herself and her lover-judge,” Benefield wrote.

The defendants granted new trials were:

• Christopher Deangelo Wakefield and Travion Marquez Willis, co-defendants found guilty of five felony counts including armed robbery and kidnapping stemming from a carjacking incident in Fayetteville. English had sentenced them both to life in prison plus an additional 20 years;

• Calvin Obie Boynton, found guilty of armed robbery, aggravated assault and other charges from a May 2009 bank robbery in Peachtree City. English had sentenced him to life plus 30 years in prison;

• William Jacob Nutt, found guilty of aggravated child molestation and aggravated sexual battery for raping a relative days after he got out of prison. English had sentenced him to life in prison; and

• Rashad Terrez Arnold, found guilty of burglary. English had sentenced him to 10 years in prison.

Each defendant was tried after the Oct. 2008 instance in which English and Cornwell were spotted by the sheriff’s deputy in the middle of a sexual act. Evidence in court later showed that English attended a drug court conference in Reno, Nevada without telling his administrative assistant. There was also testimony that Cornwell told a co-worker at the conference that English was also present.

District Attorney Scott Ballard said Tuesday that he will personally prosecute each case himself.

“I’m not pretending it’s going to be easy,” Ballard said. “We don’t know what kind of witness problems we might have. I know the victim in one of the cases has gone to prison. This is not going to be easy but it is what we’ve got to do and we’re going to gear up and do it.” 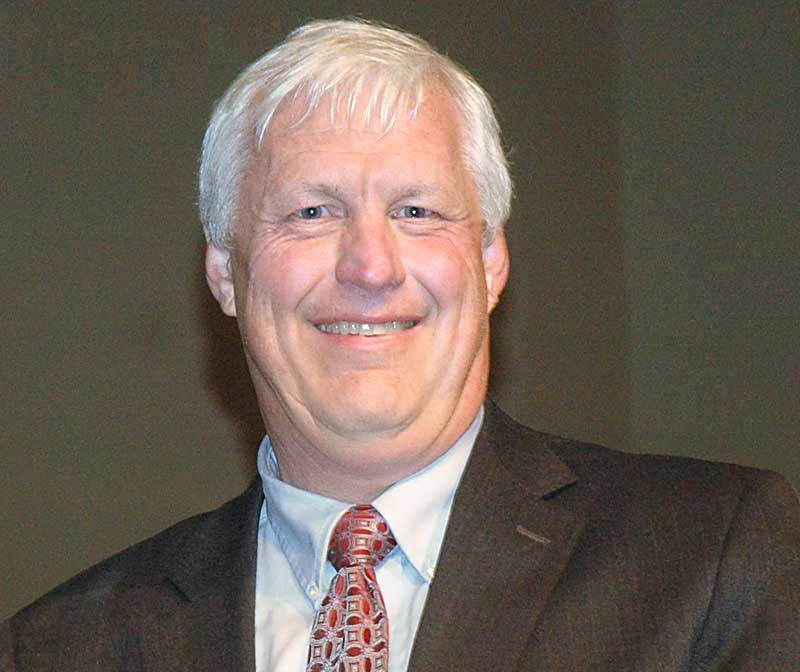 Ballard said he worried about the emotional upheaval facing the victims during the new trials.

“They thought they had finality, they thought this was behind them,” Ballard said. “We’re ripping the scabs off their wounds and now they will have to go into court and relive what happened through no fault of their own. They didn’t do anything wrong.”

Ballard pointed out that no court has ever ruled the convictions were wrongfully obtained or that the verdicts were inappropriate.

“The decision is that because of the actions of a few people in the court system, these victims have to undergo new trials and these guilty defendants get new trials that we don’t think they deserve,” Ballard said. “But the courts have spoken and we’ll gear up for it. … All we can do is focus on these particular cases and try to see that justice is done again.”

In his order, Benefield gave an example of how the secret extramarital relationship between Judge English and Cornwell could have created bias against defendants at trial. He notes the case against Travion Willis, represented by Cornwell and co-defendant Christopher Wakefield, who was represented by another attorney.

That trial took place “less than one month after the judge and attorney were caught having sex,” Benefield wrote, noting that English denied a continuance to Wakefield even though his attorney had been involved in the case for just two weeks.

“One might also wonder if the judge’s failure to have charged the jury on the basic and critical principle that their decision must be unanimous, as the trial transcript reveals, was in some way attributable to his own emotional instability given the wave of infamy which might at any moment have swept over him, as it ultimately did. One simply cannot know,” Benefield wrote.

English’s credibility has also been called into question for perhaps being too light in one of the cases, as he gave a 10-year prison sentence to Rashad Terrez Arnold in the burglary case despite a previous conviction for a violent felony: aggravated assault.

“With an aggravated assault and other felonies, I am just kind of surprised that he didn’t get 20 years to serve,” Fayette County Superior Court Judge Fletcher Sams said in a court hearing earlier this year on the motions for new trial in the case. Sams later recused himself from considering the motions and Benefield was appointed to hear the matter.

Benefield was distressed in arriving at the original decision to grant the new trial requests in part, he wrote, because it was clear from the trial transcripts that “the evidence which was given to the juries was more, far more than sufficient to support verdicts of guilty.”

Fayette County Superior Court Judge Christopher C. Edwards on April 28, 2010 ordered District Attorney Ballard and Chief Public Defender Joe Saia to investigate the rumored affair between Judge English and Cornwell. At that moment, English had resigned more than a week prior … and was serving his last few days as chief superior court judge of the circuit.

While Judge Edwards ordered the investigation on the English-Cornwell affair, he did so “to bring into the open matters that he felt had been allowed to remain secret for too long,” Ballard said at the time.

Ballard, also in May 2010, said it “appears” that Edwards ordered the investigation to protect himself “from being accused of covering up wrongdoing by a fellow judge.” Ballard also confirmed at the time that while he was unaware of the physical relationship between English and Cornwell prior to the investigation, he added that he “knew they spent some time together and I knew they were close.”

Part of the investigation determined that in September 2009, English steered some of Cornwell’s cases to his courtroom during calendar call for trial week.