The Citizen
Wednesday, April 8, 2020
Sign in
Welcome! Log into your account
Forgot your password? Get help
Create an account
Create an account
Welcome! Register for an account
A password will be e-mailed to you.
Password recovery
Recover your password
A password will be e-mailed to you.
Home News Crime Student, 17, charged with killing uncle
Facebook
Twitter
Pinterest
Linkedin
Fayetteville resident and Fayette County High School student Mustafa Madhi was charged with murder Tuesday morning in the stabbing death of his uncle.
Madhi, 17, of 395 Sylvan Loop, was charged with malice murder, felony murder and aggravated assault, according to Fayetteville Police Det. Mike Whitlow.
Whitlow said officers were called to the Sylvan Loop residence in north Fayetteville March 24 approximately 8:15 p.m. on a domestic argument. Madhi lived at that address, which is owned by his grandmother, Whitlow said.
Officers at the scene found Madhi’s uncle, David John Quincy, III, of Atlanta, bleeding from several stab wounds. Quincy was transported to Atlanta Medical Center by Fayette County EMS where he died, Whitlow said.
Whitlow said Quincy had come to the residence to help Mahdi and had offered to allow Mahdi to live with him. Mahdi and Quincy became engaged in a heated argument and Mahdi began stabbing him, Whitlow said.
Detectives recovered evidence at the scene as well as witness testimony which led them to the arrest of Mahdi.
Whitlow said Madhi was at the residence when officers arrived and was subsequently arrested without incident.
“Mr. Quincy was trying to help him and Mr. Madhi turned on him,” said Whitlow. “This is a terrible tragedy for this family.”
The most recent murder in Fayetteville involved a restaurant robbery gone bad last year in which one of the robbers was shot and killed by one of the robbery victims. The robber’s accomplice was charged with murder. Ten years ago, a man shot his estranged wife to death as she sat in a Fayetteville dentist’s chair.
Below, the location of the murder. Photo/John Munford. 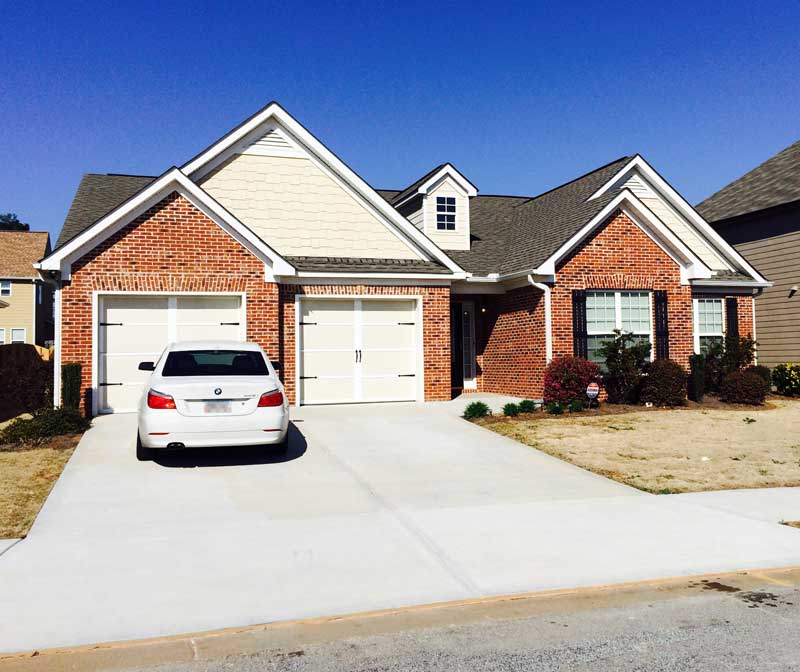